The content of the latest instalment of the President’s Lecture Series: Excellence in Academia at City University of Hong Kong (CityU) was made more significant by the release of the worrying report from the UN Intergovernmental Panel on Climate Change (IPCC).

On the same day, 8 October, as Professor Alex Jen Kwan-yue, Provost and Chair Professor of Chemistry and Materials Science, was explaining to a packed audience at CityU that the production of cells for harvesting solar energy would be a major beneficiary of research into organic/hybrid functional materials and devices, the world’s top climate change scientists were offering one of the starkest messages yet about the future of our planet.

In his talk “New Frontier for Organic/Hybrid Functional Materials and Devices: From Molecular Engineering to Technology Innovations”, which was the 35th in the President’s Lecture Series, Professor Jen celebrated the virtue of molecular engineering for creating new materials.

For example, solar energy, a great source of potential renewable energy, but one plagued by technical problems, would benefit from his team’s work on organic/hybrid functional materials and devices, according to Professor Jen.

“Organic solar cells are cheaper than silicon panels used today,” said Professor Jen, “and can be used as wearable materials and placed on transport and buildings to gather energy.” The even more interesting aspect is that such organic solar cells can be printable, produced at lower manufacturing costs, with a lower environmental impact, and “tunable” depending on the circumstances.

Solar power was just one of the areas touched on in the talk. Professor Jen said that the world-class team he was building at CityU was focusing on research into molecular, polymeric, and biomacromolecular self-assembly to create ordered arrangement of organic and inorganic functional materials for photonics, opto-electronics, nanomedicine, and nanotechnology.

The key point was that the molecular engineering enabled researchers to tailor-make organic and hybrid functional materials for specific applications with the promise that these new materials and devices would be faster, more efficient and able to undertake many different functions.

“Unprecedented device performance at low power, ultra-fast information processing and efficient energy generation can be realised by engineering at the molecular level the shape, size, interactivity, interface and energy levels of organic and inorganic hybrid functional materials,” said Professor Jen, who has co-authored more than 830 publications, given over 500 invited presentations, and has more than 43,000 citations and an H-index of 107. He is the co-inventor for more than 50 patents and invention disclosures.

Considering the findings of the latest IPCC report, the work of Professor Jen in this field of organic/hybrid functional materials and devices takes on renewed resonance for sustainable energy. 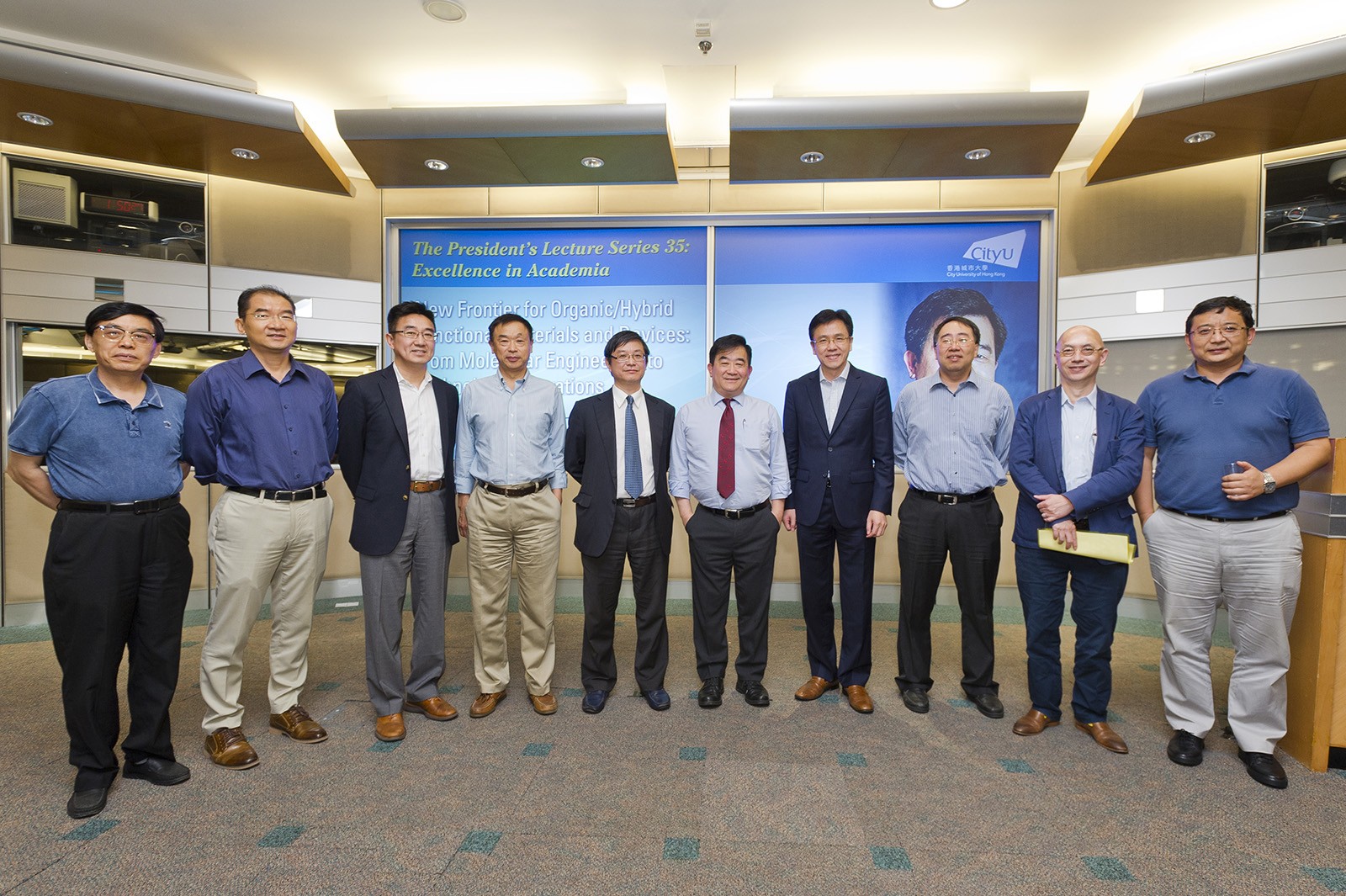