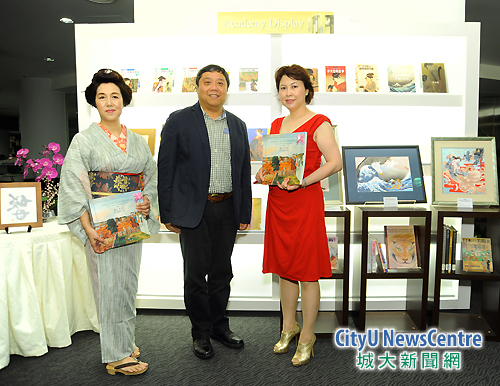 Three examples of calligraphy by the Japanese calligrapher Ms Kouno and three pieces of new ukiyo-e by the Japanese illustrator Ms Sing donated to City University of Hong Kong (CityU) are being showcased at an exhibition at the Run Run Shaw Library.

Ukiyo-e, which refers to a genre of woodblock prints and paintings, was popular in Japan from the 17th to the 19th centuries.

The two artists believe that Japonism, a source of inspiration to European impressionists and the Art Nouveau and Cubism movements, actually derives from Chinese culture.

The donations will enrich CityU’s artwork collections and give students a deeper understanding of both Chinese and Japanese culture.

The artworks are on show until the end of the month.