A survey conducted by City University of Hong Kong (CityU) and the University of Bristol, UK, revealed that 21% of people and 27% of children in Hong Kong are living in poverty. 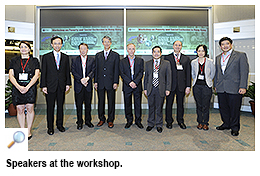 The survey was built on a new measure for analysing poverty and deprivation developed by Dr Maggie Lau Ka-wai, Assistant Professor in the Department of Public Policy at CityU, and two scholars from the School for Policy Studies at the University of Bristol, Professor David Gordon and Ms Christina Pantazis.
The details of the survey and the new measure were presented at a workshop at CityU on 1 November. The title of the workshop, co-organised by the two universities, was “Poverty and Social Exclusion in Hong Kong”. The aim of the session was to provide a platform to discuss poverty-related issues among academic institutions, NGOs and government; and to provide scientific evidence for policy makers, anti-poverty advocacy groups and NGOs so that they can better target anti-poverty measures and programmes.
“The new measure for analysing poverty and deprivation supplements the one established by the HKSAR government and provides policy-relevant information about the lives of poor people,” Dr Lau said. 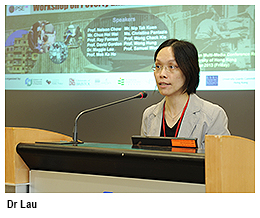 The new measure defines people as “poor” if, in addition to a low income, they experience multiple deprivations such as not being able to participate in activities that most people take for granted. For example, some people cannot provide their children with an adequate and/or nutritious diet.
Based on the new measure, a total of 604 households were interviewed between December 2012 and May 2013. The result and its projection are highlighted as the following:
·          21% of people in Hong Kong are living in poverty when they have both a low income, i.e., below $6,250 per month, according to the Macpherson equivalised scale, and a low standard of living.
·          Child poverty is a serious problem in Hong Kong: more than one in four children (27% of all children) in Hong Kong live in poverty.
·          16,000 children live in families that cannot afford to feed them properly.
·          126,000 children (12% of all children) lack at least one school learning-related item or activity, such as either a computer with internet connection at home, extra-curricular activities (e.g. sports, music), or tutorial lessons after school.
·          More than 50% of households report problems with their accommodation. Seven percent of households report 5 or more problems. The most frequently reported problem is damp walls, ceilings and floors (60%), followed by a shortage of space (41%), and an inability to maintain an adequate temperature throughout the year (29%).
·          More than a million adults (19% of all adults) felt that their health had an impact on their financial situation in the previous year.
·          Financial insecurity is a widespread problem in Hong Kong. The survey found that 860,000 households (36%) cannot afford an unexpected expense of HK$8,500 (e.g. relating to dental surgery).
·          1.2 million of the adult population (20% of all adults) go without at least one social and family activity such as taking part in celebrations (e.g. Chinese New Year).
The researchers suggested that poverty and social exclusion are major issues which need to be tackled by the government and that additional help is needed to improve access to health care for people on low incomes. There is also a need to improve housing conditions as many people suffer from problems relating to dampness, a shortage of space and noise pollution. They urge the government to formulate policies to tackle child poverty.
Speakers at the workshop include Mr Patrick Nip Tak-kuen, Chief Secretary for the Administration’s Private Office, HKSAR government; Professor Wong Chack-kie, a member of the Central Policy Unit, HKSAR government; Professor Nelson Chow Wing-sun, Chair Professor in the Department of Social Work and Social Administration, University of Hong Kong; and experts from the social welfare sector.