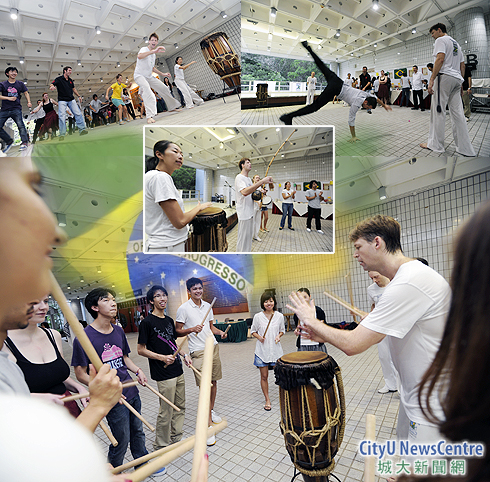 Brazil kicked off a series of activities promoting Latin American culture at City University of Hong Kong (CityU) with a dance and drum workshop that gave CityU staff and students a flavour of capoeira, a traditional Brazilian art form that combines dance, martial arts and acrobatics.

The demonstration on 26 September focused on the quick reflexes and complexity of moves found in capoeira, all in time to the rhythms of traditional percussion instruments.

In addition to the capoeira demonstration, the film City of God was screened on campus on 22 September.

Workshops in October and November will feature film screenings from Peru and Argentina, respectively, according to the organiser of the festival, the College of Liberal Arts and Social Sciences, as well as talks on Latin American society and culture.