Honorary fellowships will be conferred on four distinguished citizens

Four distinguished persons will be conferred the title of Honorary Fellow of City University of Hong Kong (CityU) in recognition of their distinctive contributions to the development of, or service to, the University and the community. 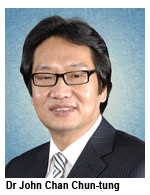 Dr Chan, chairman of Chaifa Holdings Ltd, is a successful entrepreneur who has served in several public posts over the years. In addition to being a committee member of the Federation of Hong Kong Industries, he is a member of the National Committee of the Chinese People’s Political Consultative Conference, and was a member of Pan-Pearl River Delta Panel established under the HKSAR Government’s Central Policy Unit. Dr Chan has received several awards for his contributions to industry, including the Young Industrialist Award of Hong Kong and selection as one of the Top Ten Talented Founders of Business in China, and Hunan Province’s Top Ten Leading Figures. Dr Chan received his Executive Master of Business Administration degree and Doctor of Business Administration at CityU. He has contributed significantly to the development of the University and was selected as one of the first two recipients of the Distinguished Alumni Award, which was introduced in 2009. He is currently an Adjunct Professor in the College of Business. In appreciation of his support for the University’s long-term development, CityU’s Lecture Theatre 11 was named after him last year. 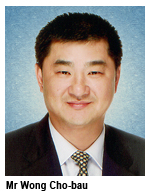 Distinguished entrepreneur Mr Wong Cho-bau currently serves as chairman of East Pacific (Holdings) Ltd. He is a pioneer in the establishment of the Shenzhen Special Economic Zone with 30 years’ extended business experience. His business interests have expanded from property development to industry and aviation. Despite his busy schedule, Mr Wong regularly takes part in public and community services. He is a National Committee Member of the Chinese People’s Political Consultative Conference and was formerly a Standing Committee Member of the All-China Youth Federation. He is enthusiastic about education and is a member of the board of directors of HKFEW Wong Cho Bau School and HKFEW Wong Cho Bau Secondary School. He has been very supportive of CityU’s endeavours in mainland China. His strong support to the University helps strengthen our links with and presence on the mainland. 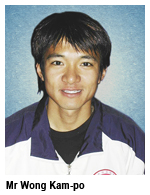 Mr Wong Kam-po, Hong Kong’s top cyclist, is an Asian Games gold medalist. He started his professional career by winning the Asian Junior Cycling Championships in 1991. For 20 years, he represented Hong Kong in many important events, including the Olympic Games, Asian Games and National Games of the People’s Republic of China, winning many medals. His significant achievements have won widespread recognition. In addition to being elected Best Athlete several times in the Hong Kong Sports Stars Awards, he was awarded the Medal of Honour in 1998 and the Bronze Bauhinia Star by the HKSAR Government. He was also elected as one of the Ten Outstanding Young Persons in 2007. President Hu Jintao praised Mr Wong, saying “You are more precious than gold” in his visit to the Hong Kong Sports Institute in 2007. Mr Wong is keen to share his stories of success with young people, as demonstrated in his talk at CityU earlier for students and alumni. His experience and sportsmanship are inspirational and bring special insight to the students. 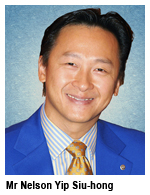 Mr Yip is the Chief Executive of EP Power HK Co. Ltd, EP Venture Co. Ltd and Appetizup Co. Ltd. He serves the community as a member of the environment and sustainability committee of the Hong Kong General Chamber of Commerce and chairman of the green sub-committee of the Hong Kong Electronics and Technologies Association. He is a director and volunteer consultant for many non-profit making organisations and a member of the committee on the promotion of civic education and the lump sum grant steering committee of the Social Welfare Department. Mr Yip founded Hong Kong Rehabilitation Power to help facilitate the rehabilitation of people with disabilities who are returning to society. As a CityU alumnus, Mr Yip is determined to excel in equestrianism as an example to the University community. He has performed exceptionally well for Hong Kong in many international competitions. He is the only qualified rider to have represented Hong Kong in the equestrian events at the Paralympics so far.