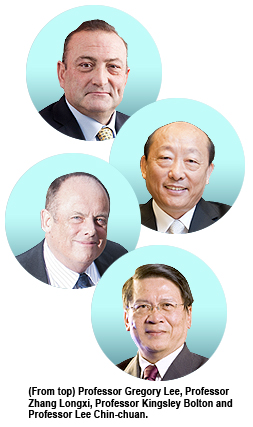 The new academy, which held its elections on 18 April, brings together for the first time Hong Kong’s leading scholars in the humanities.

“It is time for excellence in humanities scholarship and research to be given proper recognition in Hong Kong,” said Professor Zhang. “A fellowship from the academy is very high recognition from one’s peers.”

The academy has drawn its 39 Foundation Fellows from all eight of Hong Kong’s publicly funded institutions of higher education, as well as the Open University. 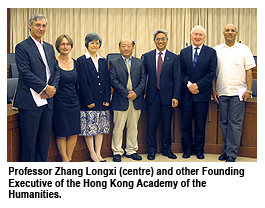 “The humanities, which play such a vital role in enriching Hong Kong life, need to be better explained and promoted to government, business and the community, and who better to do this than the territory’s most distinguished humanities scholars?” said the newly elected President, Professor Kam Louie, Dean of Arts at the University of Hong Kong.