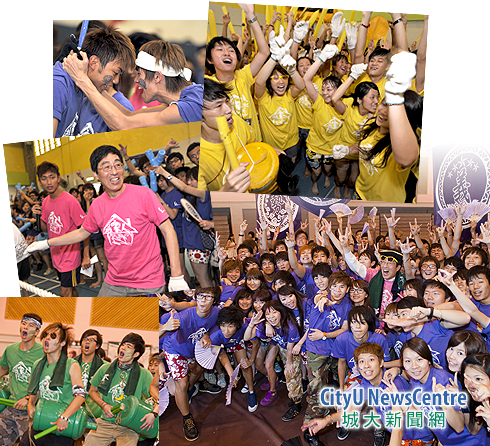 Around 350 freshmen took part in an orientation camp organised by the Students’ Union of City University of Hong Kong (CityU) on 12–14 August as part of the build up to the start of the new academic year. The theme of the camp was “One Big Family”, signifying the strong bonds within the CityU community. This unity will be seen over the course of the University calendar by the actions of seniors mentoring new students, encouraging them to develop analytical skills, acquire essential knowledge and contribute to society after they graduate.

A familiar face at events for new students, Professor Way Kuo, CityU President, extended a warm welcome to the participants at the camp, which was held at Po Leung Kuk Pak Tam Chung Holiday Camp in Sai Kung. He later refereed a tug-of-war and chatted to students about their academic plans.

President pulls together with new students