City University of Hong Kong (CityU) will confer honorary doctoral degrees on Mr Chung Shui-ming, Dr Barry Lam, Dr Lee Kai-Fu, Professor Jean-Marie Lehn and The Hon Chief Justice Andrew Li Kwok-nang in recognition of their significant contribution to education and the well-being of society. The award ceremony will be held in November 2010 during the University’s Congregation. 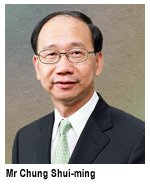 Mr Chung Shui-ming will receive an Honorary Doctor of Social Science. He is currently Director-General of Democratic Alliance for the Betterment and Progress of Hong Kong and serves as an Independent Non-executive Director of several listed companies and an Independent Director of several State-owned enterprises. Mr Chung is a professional accountant who has served extensively not only in top management positions in banks, financial institutions, listed companies and public institutions but also on various government boards and public bodies. He was the CEO of HKSAR Government Land Fund Trust, member of the first HKSAR Executive Council, Chairman of the Hong Kong Housing Society and member of the Managing Board of the Kowloon-Canton Railway Corporation. He has also served as a member, Treasurer, Deputy Chairman and Chairman of the Council of CityU. He is currently a member of the National Committee of the Chinese People Political Consultative Conference, Vice-Chairman of the Board of Governors of the Hong Kong Philharmonic Society and Treasurer of the Hua Xia Foundation. In 2000, Mr Chung was awarded a Gold Bauhinia Star by the HKSAR Government. 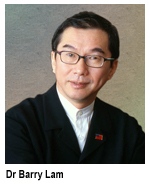 Dr Barry Lam, Founder and Chairman of Quanta Computer, will receive an Honorary Doctor of Business Administration. Under his leadership since 1988, Quanta Computer has undergone rapid development, becoming the world’s largest designer and manufacturer of notebook computers within 10 years. Then, when celebrating its 20th anniversary, Quanta rose to become Taiwan’s second largest private manufacturing enterprise. With over 30 years of experience, Dr Lam is widely hailed as a visionary and has been globally recognised for his accomplishments. Dr Lam contributes to society in other ways. Besides being the Chairman of the Advisory Committee of the National Palace Museum, Taipei, he founded several foundations such as Quanta Culture and Education Foundation and Quanta Arts Foundation for the promotion of art and culture in Taiwan. Dr Lam has recently worked on many collaborative projects with international tertiary institutions to produce next generation products and commercialise forefront technologies.

Innovation Works Chairman and CEO Dr Lee Kai-Fu will receive an Honorary Doctor of Business Administration. A keen supporter of youth development in mainland China, Dr Lee founded Innovation Works in September 2009 in Beijing to provide a platform for gearing up the next wave of Chinese high-tech companies and nurturing the next-generation of Chinese entrepreneurs. Before starting his business, he had taken up leading positions at Apple, SGI, Microsoft, and then served as a Google Vice President and the President of Google Greater China. He developed many innovative products over the years. He earned his PhD degree at Carnegie Mellon University. His PhD thesis on the world’s first speaker-independent continuous speech-recognition system was selected as the “Most Important Innovation of 1988” by Business Week. Dr Lee is a Fellow of the Institute of Electrical and Electronics Engineers (IEEE) and Vice Chairman of the Committee of 100, an elite group of Chinese Americans. 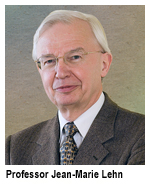 Nobel Laureate Professor Jean-Marie Lehn will receive an Honorary Doctor of Science. Regarded as the father of supramolecular chemistry, Professor Lehn’s innovative research was the premise for an entire new field in chemistry and today plays a central role in numerous disciplines. His research accomplishments have earned him more than a hundred awards and honours, including the 1987 Nobel Prize in Chemistry and numerous fellowships of science academies worldwide. He has held teaching positions at a number of distinguished universities and has been a professor since 1979 and now Chair Professor of Chemistry of Molecular Interactions at the Collège de France. Besides lecturing around the world, Professor Lehn is now the Director of the Laboratory of Supramolecular Chemistry at his alma mater, University of Strasbourg, and the Director of the Nanotechnology Institute of the Research Centre of Karlsruhe. 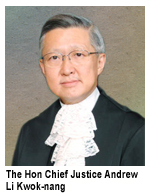 The Hon Chief Justice Andrew Li Kwok-nang will receive an Honorary Doctor of Laws. Chief Justice Li is Hong Kong’s first Chief Justice after the handover in 1997. He has played a pivotal role in ensuring that judicial independence as guaranteed by the Basic Law is firmly established in Hong Kong. He has also made signal contributions to the establishment of the Court of Final Appeal in Hong Kong and the building up of the Court’s reputation. Chief Justice Li received his degrees of Master of Arts and Master of Laws from the Cambridge University in England. He was called to the English Bar in 1970 and the Hong Kong Bar in 1973. In 1988 he was appointed Queen’s Counsel. Chief Justice Li has a long record of public service and has contributed immensely to the legal profession and law reform in Hong Kong. He was awarded the Grand Bauhinia Medal by the Hong Kong Government in 2008 and the Award for Public Service from the Woodrow Wilson International Center for Scholars in 2010.