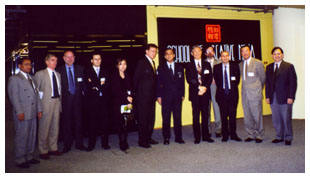 A delegation of consuls-general representing Belgium, Hungary, Indonesia, Norway, Spain and Thailand were given an exclusive campus tour on 12 December by President H K Chang.

Professor Chang led the delegation on visits to the Centre of Super-Diamond and Advanced Films, the Run Run Shaw Library, the English Language Centre and the School of Creative Media.

Senior staff members, including Vice-President for Institutional Advancement, Professor Y S Wong, and Vice-President for Education, Professor Edmond Ko, greeted the delegation. Impressed by what he saw, the Consul-General of Hungary, Mr Laszlo Vizi, said: "the campus tour is in a way an eye-opener of what City University offers to Hong Kong and through international co-operation to the outside world." 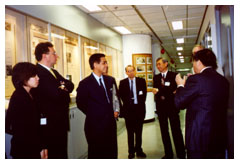