Researchers from the State Key Laboratory of Millimeter Waves at City University of Hong Kong (CityU) have been conferred a second-class honour in the 2011 State Technological Invention Award (STIA). 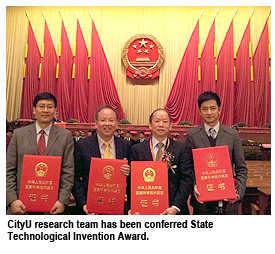 The award is recognition of their outstanding achievements in advancing millimeter wave technologies and applications. The presentation ceremony took place on 14 February at the annual National Science-Technology Award Ceremony in the Great Hall of the People in Beijing.

Their winning project is titled “Invention, theoretical and experimental investigation and applications of some novel antennas”. 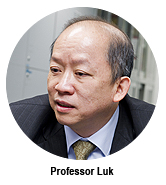 “Antennas used in wireless communication have to be small and thin, but maintain high efficiency, such as high gain and wide bandwidth. Researchers have to come up with innovative ideas,” Professor Luk said.

One of the disadvantages of the traditional patch antenna is its narrow bandwidth. The CityU team made a breakthrough by changing the shape of the antenna, resulting in an increased bandwidth from less than 2% to more than 30%. 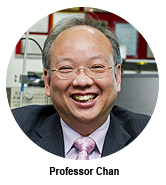 The tailed-slot patch antenna is used by the Beidou system, a global positioning system developed by China for helping emergency teams identify their positions and enable smoother communication in the rescue work following the 2008 Sichuan earthquake. 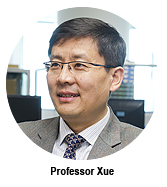 “We are deeply honoured to receive the STIA,” Professor Xue said. “It is one of China’s most prestigious awards in the national science and technology sector, and there are many outstanding scientific researchers in China nowadays.”

In addition to navigation and communication areas, advanced antennas can also be used in medical treatment, said Dr Wong, now Acting Assistant Professor at Stanford University. “CityU is working with Stanford on the biomedical applications of wireless signal transmission and reception technology,” he said. 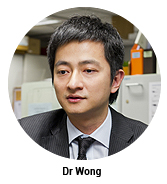 The State Key Lab is widely recognised for its research capacity. It won a RMB 5 million research grant from the China National Astronomical Observatory for developing a new terminal antenna for its global positioning system, and $14 million from the Hong Kong Innovation and Technology Commission and Comba Telecom Systems (Guangzhou) Limited for a new wideband smart antenna system for mobile communication.