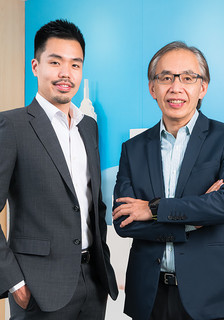 Both father and son strive to chart a new course for the company by striking a balance between safeguarding the family legacy while exploring innovative business ideas.

As the third-generation leader of the company, Mr Fong senior prudently runs the business to sustain the company inherited from his father and grandfather.

However, to survive in this ever-changing era, he has to explore innovative ideas to develop new business, and thus adopted a two-pronged approach: incorporating conventional business styles with modern management concepts.

His son Jonathan shares the same values. While understanding the family business has a long history, Jonathan wants to keep abreast of market trends. The boutique hotels launched by him have won wide acclaim in the market by focusing on details and services. Even during the pandemic, the occupancy rate of the Group’s hotels has been as high as 90%.

“Young people need support from industry to start their own companies. Under the guidance of this programme, they can go step by step towards their goals,” he says.

A staunch supporter of CityU, Mr Fong senior served as a member of the CityU Council and the Court. On the issue of starting a company, he advises students to be bold, prepare to be rejected by investors, and learn from failure.

“Entrepreneurs should think about practical matters such as whether you have a competitive edge in technology, how long your cash flow can keep the company running, and whether you can find investors,” he says.

Firmly believing in giving back to society, Mr Fong senior was willing to help tenants in difficult financial circumstances during the days when all sectors were hit hard by the pandemic. He says that if these companies are closed, the community not only suffers monetary losses but also loses the intangible value brought by these companies.

Mr Fong senior’s motto is “Do not refrain from doing any trivial matters for a good cause”. He feels that if everyone in society only focuses on his or her own benefit, many problems will arise. Jonathan suggests we should always keep an open mind or else a generation gap with young people will occur.