Nurturing the next generation for the greater benefit of society 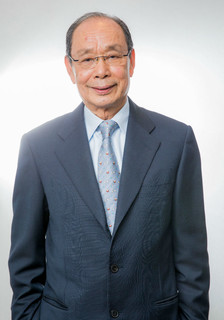 Dr Yip Kit-chuen genuinely cares about nurturing the next generation for the greater benefit of Hong Kong society and mainland China.

Born in Shanghai in 1937, Dr Yip came to Hong Kong in 1950 and worked as an apprentice in a factory making machinery. Building his business empire from scratch, he started his entrepreneurial adventure and founded G.E.W. Machine Factory in 1961. With great market insight, Dr Yip became a pioneer in the field, and his company was transformed into a leading manufacturer for original household appliances.

Dr Yip is a passionate philanthropist with unwavering commitment to education. He strongly supports the development of technology and education as a means of contributing to the well-being of China, particularly to his hometown of Ningbo.

“I could see that talent had been the key to sustainable development of Ningbo,” Dr Yip said.

To nurture talent, Dr Yip has donated generously. “It has always been my wish to give back to the place where I went through the most important changes in my life,” said Dr Yip, who has set up scholarships and schools throughout mainland China.

Several buildings at universities and schools in Hong Kong and mainland China have been named in honour of Dr Yip. Hall 8 of the Student Residence at CityU was named after Mrs Yip as “Yip Yuen Yuk Hing Hall” in appreciation of their generous support. Reflecting on CityU’s outstanding achievements in recent years, Dr Yip believes that the concerted efforts of senior management, staff and students will enable CityU to advance even further.

Dr Yip’s entrepreneurial philosophy and passion for supporting education has had a significant impact on his next generation. His eldest son Dr Daniel Yip Chung-yin has also been a staunch supporter of CityU. He served as a member of CityU’s Court from 2010 to 2015 and shared his success stories at a forum organised by the College of Science and Engineering. While engaging in the family business, Daniel also contributes his time and effort to advancing industrial development and exploring new blood for the sector. He has taken up several key roles for the community, including Deputy Chairman of the Federation of Hong Kong Industries, and Honorary President of the Hong Kong Electrical Appliance Industries Association, among others.