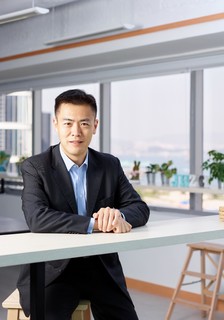 When Mr Lau Ming-wai launched the Hong Kong Spirit project, he visited CityU for the promotion and recruitment of ambassadors. CityU’s enthusiastic support for the project left a deep impression on him.

“CityU was the most supportive institution and recruited two ambassadors for us,” he said.

Currently a member of CityU’s Council and our Honorary Fellow, Mr Lau often attends the University’s activities where he interacts with students. He deeply feels that CityU is full of vigour, from the management to students, which is very different to other institutions.

“CityU students are ambitious and hardworking with better social and communication skills,” he said. That is one of the major reasons that he makes donations to support the University.

Highly appreciating the importance of education, Mr Lau and his family have successively donated funds to CityU for supporting the University’s strategic development as well as setting up scholarships to help students participate in overseas exchange and internship. In appreciation of Mr Lau and his family’s contributions to the University over the years, CityU has named one of its academic buildings as Lau Ming Wai Academic Building.

Following an appearance on a TV show in 2016, Mr Lau is now regarded as a “charming gentleman of the new generation”. In response, he hopes that people respect what he has achieved rather than his appearance and wealth. He feels that everyone can spare time from his or her busy schedule to help others. It does not have to be any majestic actions. Rather, simply helping a senior citizen up some steps or making a donation are already worthy deeds.

Mr Lau appreciates young people who are willing to put in their time and effort. As Chairman of the Commission on Youth, he is eager to promote youth development and interact with young people. He encourages them to work hard, which means that they have to make certain sacrifices. He hopes they will pursue their interest, plans and dreams, and receive the reward they deserve in return.

He cites himself as an example. A triathlon enthusiast, he finds the race grueling yet very beneficial. It not only boosts his physical health, but also strengthens his will to succeed.

To end the interview, Mr Lau shares a short story. A news reporter asked an astronaut, “How do you become an astronaut?” The astronaut answered, “You can do so if you meet the following two conditions. First, you should admit and accept that your chance of becoming an astronaut is slim. Second, ask yourself whether you would enjoy the process as you know the chance is slim? If your answer is yes, then go ahead and pursue your dream!”