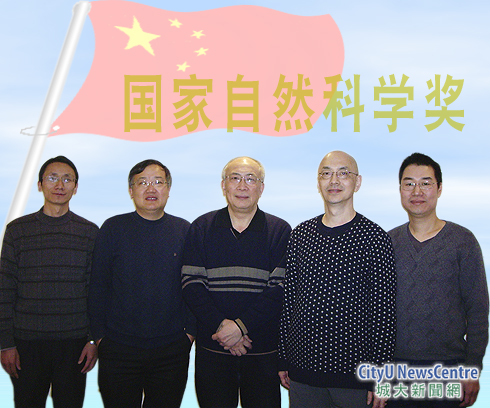 Professor Robert Li Kwok-yiu (2nd from right), Associate Dean of the College of Science and Engineering at City University of Hong Kong (CityU), and scholars from Huazhong University of Science and Technology, were conferred a second-class award under the State Natural Science Award 2010 for their outstanding achievements in the field of composite structure, the injection moulding process and fracture behaviour of plastics.

The team comprised Professor Xie Xiaolin (2nd from left), the project leader, Professor Zhou Huamin (1st from left), Professor Li Dequn (middle) and Associate Professor Zhou Xingping. The research focuses on the study of the mechanical strength and interface of composite plastics, the injection moulding process and simulation, and the fracture behaviour of polymeric systems. The research has resulted in major breakthroughs such as the enhancement of the strength of plastics. The findings have significant implications for improving the quality of electronic products and the efficiency of airplanes and automobiles.