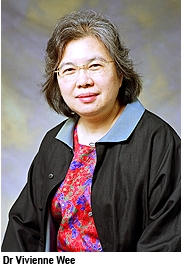 of Hong Kong (CityU) has been awarded a multi-million dollar grant by the UK government to help fight the poverty and inequality experienced by women living in Muslim communities and countries.

The award demonstrates CityU’s increasingly high profile on the international stage and its commitment to establishing Hong Kong as a regional hub for applied research and development studies.

The grant, worth $53m (￡3.75m), will fund a five-year research project (1 July 2006 - 30 June 2011) entitled “Women’s Empowerment in Muslim Contexts: Gender, Poverty and Democratisation from the Inside Out”. The award came from the Department for International Development (DFID), the department of the UK Government that manages Britain’s aid to developing countries.

This award is part of DFID’s programme to enhance women’s empowerment globally and attain the third goal in the United Nation’s (UN) Millennium Campaign, which is to promote gender equality and empower women. The UN has identified eight goals in the Millennium Campaign aimed at eradicating poverty worldwide.

The CityU research project, headed by Dr Vivienne Wee, Associate Director of SEARC and Associate Professor in CityU’s new Department of Asian and International Studies, will be implemented by an international Research Programme Consortium comprising CityU researchers and collaborating institutions. These groups include:

The Research Programme Consortium will be advised by an international Consortium Advisory Group that will be chaired by Dr Noeleen Heyzer, the Executive Director of the UN Development Fund for Women, and will include Professor Yakin Erturk, UN Special Rapporteur on Violence Against Women, Professor Elisabeth Croll, Vice-Principal of the School of Oriental and Asian Studies, University of London, and Professor Bina Agarwal, Professor of Economics at the Institute of Economic Growth, University of Delhi.

The aim of the research project is to study women’s indigenous strategies for empowerment in ways that can transform unfavourable power relations. The study will be carried out in Muslim communities and countries in four Asian sub-regions - East Asia, Southeast Asia, South Asia and West Asia.

The Research Programme Consortium has chosen to focus on Muslim contexts because, as Dr Wee explained, women’s empowerment in Muslim contexts is currently being contested intensely by certain political Islamists. Fueled by empire-building ambitions, these Islamists impose their political construction of a ‘Muslim woman’ as the cornerstone of an equally constructed, supposedly immutable, ‘Muslim world’.