In the Net: interdisciplinary youth research at CityU

To deepen understanding of the psychosocial, cultural, and political issues facing youth today, the Youth Studies Net (YSNet) (http://www.cityu.edu.hk/prj/YSNet) was founded jointly by the Department of Applied Social Studies and the Division of Social Studies in March 2000. Set up with a start-up grant from the Faculty of Humanities and Social Sciences, the YSNet now has the participation of scholars from six CityU departments and is continuously recruiting interested scholars from other departments. 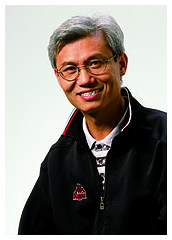 "Over the last decade, researchers from CityU have had a very high profile in youth research in Hong Kong, so much so that it is the only university in Hong Kong which can claim youth research as an area of excellence," said Dr Lo Tit-wing, Director of the YSNet Management Committee. However, despite the huge volume and high quality of the previous research, it lacked overall coordination. The YSNet serves to give youth research at CityU a brand name, he explained. 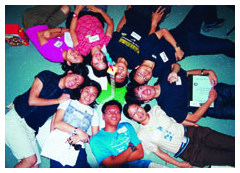 The YSNet systematically conducts interdisciplinary youth research in Hong Kong and elsewhere. Its core research areas comprise the psychosocial; technology, media, and telecommunications; and the socio-political. Projects in the first area examine, for example, child and adolescent development, youth learning and career paths. Those in the second deal with deviance and delinquency (web-based included), youth and pop culture etc, and those in the third explore topics including political participation and youth leadership, youth policy and services. The YS Net also holds regular seminars, workshops, and conferences on youth-related issues, and serves as an efficient information distribution mechanism for ideas, news, and views for scholars, students, social welfare organizations, and governments, both in Hong Kong and overseas.

Financial support
Due to its success in raising awareness of youth issues, the YSNet has enjoyed increasing support from outside the University, including from the governments of the Hong Kong SAR and the Macau SAR, as well as social welfare and church organizations. However, Dr Lo pointed out that the Net, the administration of which is supported by money from the projects under its umbrella, could do with more steady financial support and office space to house administrative staff and research assistants.

Future expansion
When asked about the Net's future direction, Dr Lo said he would like to see its network continue to expand beyond CityU, through the appointment of more associate fellows and increased research collaboration with outside parties. The YSNet is currently recruited by the Macau SAR to conduct blueprint studies on youth services in the enclave. It is also conducting joint research with Nanyang Technological University in Singapore, among other overseas partners. By consolidating high calibre youth research, the YSNet will no doubt establish itself as a name synonymous with diversity and excellence, Dr Lo said.