Be bold, be innovative 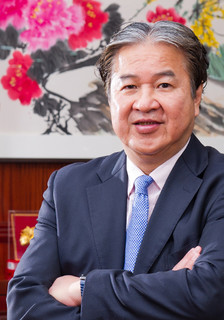 Since his initial connection with CityU in 2015, he has been deeply impressed by CityU’s emphasis on creativity and innovation.

Born and raised in Hong Kong, the entrepreneur Dr Yeung Kin-man, JP, built his business empire from scratch with only HK$100,000 as seed money, put up by himself, his mother and his wife. Apart from being a technology and innovation enthusiast, he is also a generous philanthropist.

In the 1970s, he spotted that Japan had been using glass instead of plastic for watch screens. “But such glass screens were not available in Hong Kong at that time,” he said. “So, with the help of a friend, I imported the machines from Japan that we needed to produce glass screens for watches. Consumers were really impressed by our innovative designs and good quality.”

The other gap in the market he identified was replacing plastic screens on mobile phones with glass ones. Not long after, in 2003, Motorola began to use Biel’s glass screens for their smartphones. They initially placed an order for one million units.

“Biel’s capacity then was only a few thousand watch screens each month. To accept Motorola’s order, we needed to acquire expensive advanced machines. The order was a big challenge. The expenses for new machines would sink our business if we didn’t win new orders from them,” Dr Yeung admitted.

Nevertheless, he took up the challenge and purchased the new machines required. After completing the first one million units, the products were well received by the market and his company was asked to produce a total of 100 million pieces. Since then, his business has continued to expand and gradually became an empire.

However, Dr Yeung has not stopped his pursuit of innovative research. For instance, he developed the curved glass screen and laser direct image sensing technique which brought huge success to his company.

In addition to his successful business, Dr Yeung is a firm believer in philanthropy. The word “thanksgiving” is actually embedded in the Chinese characters of the name of his company, Biel.

Since his initial connection with CityU in 2015, he has been deeply impressed by CityU’s emphasis on creativity and innovation. These attributes align with the Biel business philosophy. He felt that CityU, as a young university, deserved more support, especially in light of its strong academic performance in recent international ranking exercises and its dedication to students.

To show his support, he donated HK$200 million to the University in support of its School of Veterinary Medicine, scientific research and overseas exchange programmes for students. Reviewing his experience, Dr Yeung suggests three points for success. First, be honest and sincere. Only a person with integrity can gain trust from the others. Secondly, work hard, focus on self-improvement and be willing to take on more responsibilities. Thirdly, he encourages young people to actively expand their social networks.

Dr Yeung’s success reflects his deep desire to innovate for the advancement of society, and to always find ways to help others, especially young people starting out on their life’s journey.