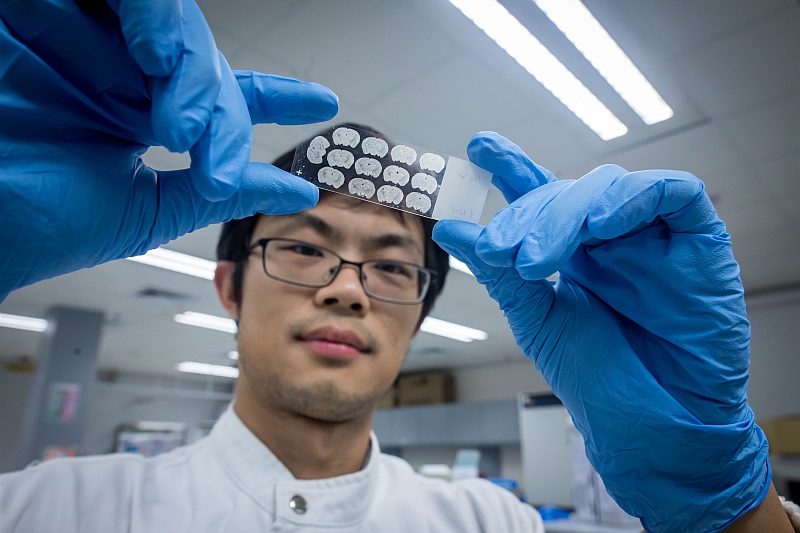 The latest research is published in the Proceedings of the National Academy of Sciences of the United States of America (PNAS), titled “Cholecystokinin release triggered by NMDA receptors produces LTP and sound–sound associative memory”.

It has been widely recognised that N-methyl-D-aspartate (NMDA) receptors are the most important receptors in mediating the formation of memory. But the latest research shows that it is the release of CCK, which is controlled by the NMDA receptor (NMDAR), enables the memory formation.

Memory is stored in neural networks through changes in synaptic strength. Long-term potentiation (LTP), one of the forms of synaptic plasticity – meaning the ability of synapses to strength over time in response to increase in their activity, is believed to represent a neural basis of memory. In the laboratory, it is a common practice to induce LTP in hippocampus and neocortex with high-frequency stimulation (HFS).

In 2014, Professor He and his team found that CCK induces plastic changes, enabling the formation of memory. Their latest research further reveals that the release of CCK, which is induced by HFS-induced NMDAR activation, bridges the NMDARs and memory formation.

The team found that in the mice whose CCK genes were knocked out lost the ability to form LTP, and hence had deficits in learning and memory functions. However, by infusing the CCK into the cortex, these impaired properties at synaptic and behavioural levels were recovered. This shows the positive impacts of CCK on memory formation.

Previous studies found that NMDAR plays an important role in HFS-induced LTP and associative memory formation. The team found that both CCKBR antagonist and NMDAR antagonist can block the HFS-induced LTP in the cortex. But by infusing NMDA or CCK, even low-frequency stimulation can induce LTP. The team further found that by infusing the CCK into the cortex, LTP was induced even after NMDARs were blocked. Hence they show that the LTP formation process is CCK-dependent.

The study stands out as the team managed to show HFS can activate NMDARs, and then induces the release of CCK. It explains why HFS can induce LTP.

“In previous study, CCK was often emerged as a useful marker for an interneuron subpopulation, but its function is still unclear. Here our team of over 30 members has showed the important role of CCK in the process of memory formation, after more than five years of experiments and study,” says Professor He.

Professor He points out that epilepsy and many neurodegenerative diseases, such as Alzheimer’s disease, are strongly associated with synaptic plasticity in the brain. This study reveals the relationship among CCK, LTP and synaptic plasticity, laying theoretical basis for using CCK receptors agonist as treatment for patients with Alzheimer’s disease, and using CCK receptor antagonist for patients with epilepsy.

Currently the team is working on three projects for development drugs for treating Alzheimer’s disease, depression and epilepsy with good progress. Professor He hopes the research outcomes can contribute to the development of new drugs for patients in need in future.