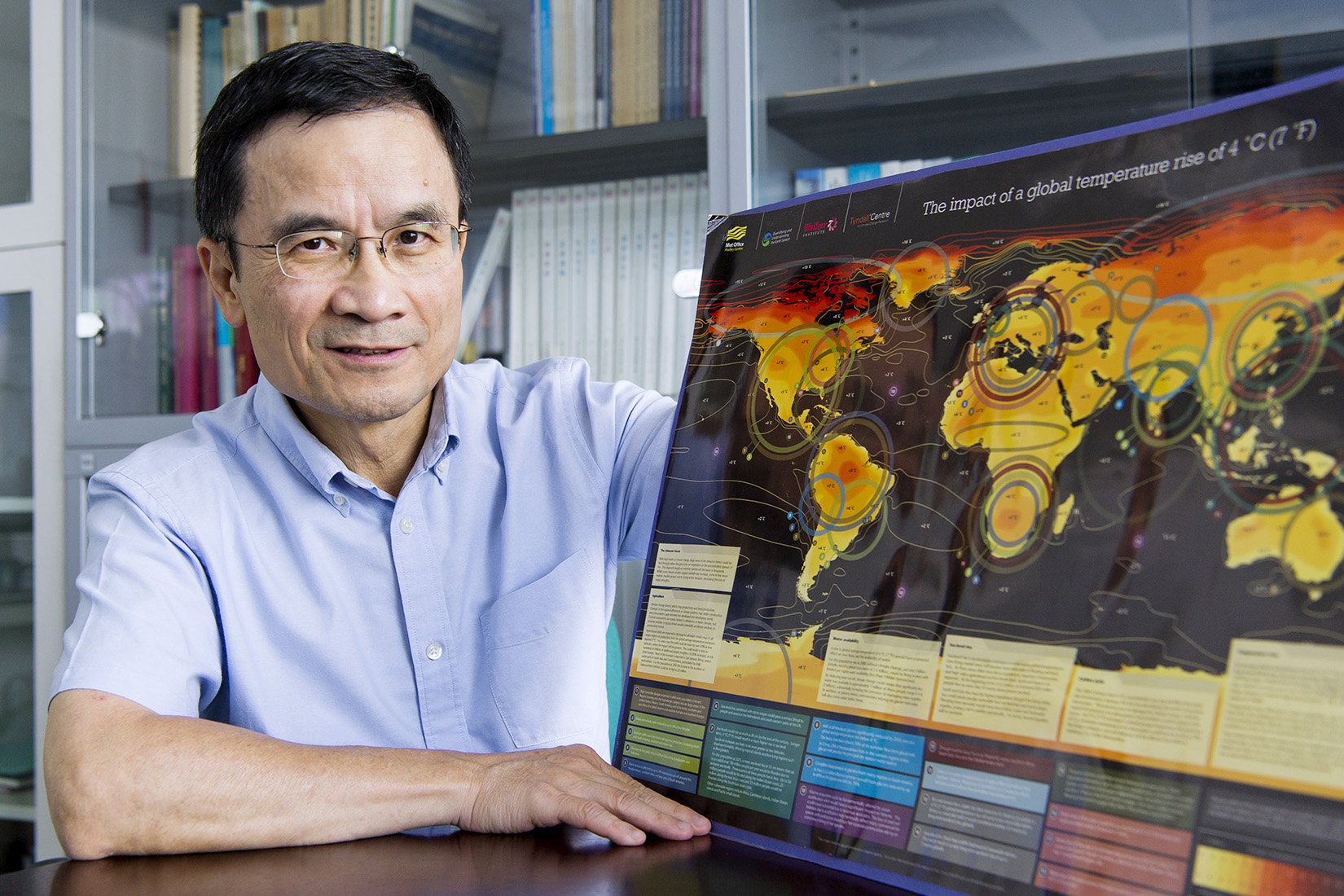 The seasonal typhoon prediction system to be developed by Professor Johnny Chan has the potential to protect lives and property more effectively.  ​​​​​​​​​​​​​​​​​​​​
​A pioneering system for predicting with greater accuracy the landfall of seasonal typhoons to be developed by Professor Johnny Chan Chung-leung, Chair Professor of Atmospheric Science at the School of Energy and Environment, City University of Hong Kong (CityU), has received a grant under the European Commission (EC) and Research Grants Council (RGC) Collaboration Scheme.

It is the first of its kind to predict with more precision than before the number and intensity of tropical cyclones that will make landfall in a season.

Existing systems tend to focus on identifying the number of typhoons formed over the entire ocean basin but not the number that will hit land, nor the intensity of the storm.

Professor Chan’s new system, titled “Development of a Regional Prediction System for Seasonal Tropical Cyclone Landfall Prediction and Future Projections under Different Climate Change Scenarios”, will enhance the ability to make such predictions, which has the potential to protect lives and property more effectively.

This three-year project, a collaboration with Imperial College London, has received nearly HK$2 million under the EC/RGC Collaboration Scheme, which was launched in Hong Kong this year.

Professor Chan said global warming has been causing more frequent rainstorms, droughts and other types of extreme weather, all of which affect people’s lives and the global economy. He said a more accurate system for seasonal typhoon prediction could help governments develop contingency measures and formulate long-term policy. It would also help insurance companies to make better risk assessments, he added.

Professor Chan has made significant contributions to developing typhoon prediction systems over the years. His new project focuses on the interaction between typhoons and the ocean, which should in turn produce more accurate predictions.

The EC/RGC Collaboration Scheme aims to promote collaboration on scientific research between Hong Kong and countries under the European Union and help researchers to participate in projects endorsed by the EC’s Horizon 2020 Programme. With funding worth €80 billion for 2014–2020, the programme is the largest research and most innovative initiative in Europe aimed at boosting the development of advanced technology and enabling public and private sectors to work together to promote new ideas.

Professor Chan said he was delighted that his project had received the funding. “Many Asian countries face the threat of typhoons, but not many universities in this region study the seasonal prediction of tropical cyclones. CityU has actively collaborated with meteorological agencies, universities and research institutes in Europe, the US and Asia in recent years. This grant affirms CityU’s achievements in this area,” he said.​