In addition, scholarships were presented to athletes who had outstanding academic results during the year.

In his address, Professor Way Kuo, University President, extended his congratulations to all winners and expressed his appreciation for the team spirit shown in the competition.

Professor Horace Ip Ho-shing, Vice-President (Student Affairs), praised CityU student athletes and coaches for rising to the significant challenges over the past year to achieve this momentous result.

Scholarship awardees Chung Chui-ting and Lau Chun-leung, who were also named Most Valuable Player in woodball team and swimming team respectively, delivered the vote of thanks on behalf of all athletes at the ceremony.

Both extended heartfelt gratitude to parents, CityU, coaches and teammates for all their encouragement and support.​​​​​ 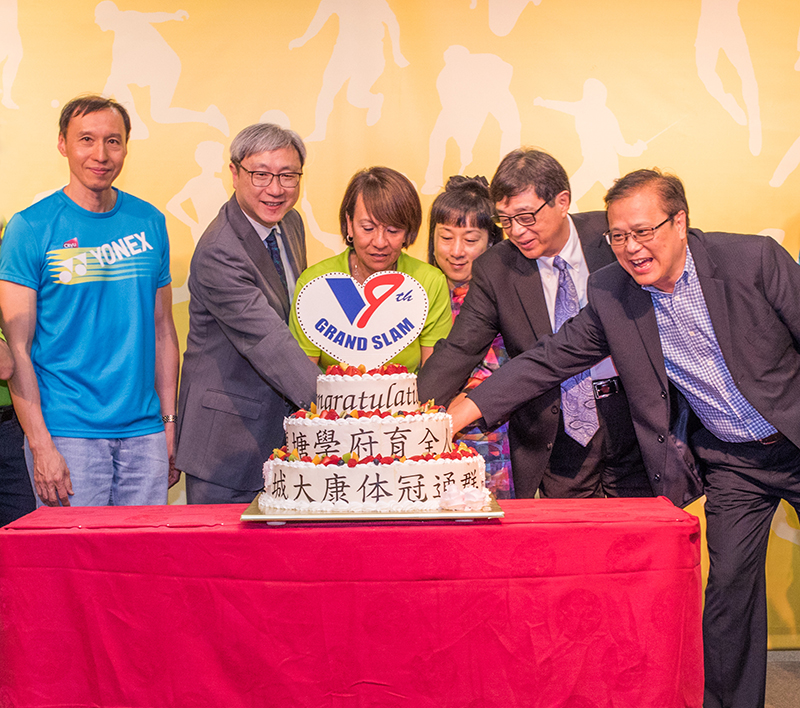 ​
Dr Ron Kwok Chi-wai, Dean of Students, said he was proud of the outstanding results. He encouraged the student athletes to practice hard to get the 10th Grand Slam and reminded them not to be dizzy with success and not to be discouraged by failure, either.