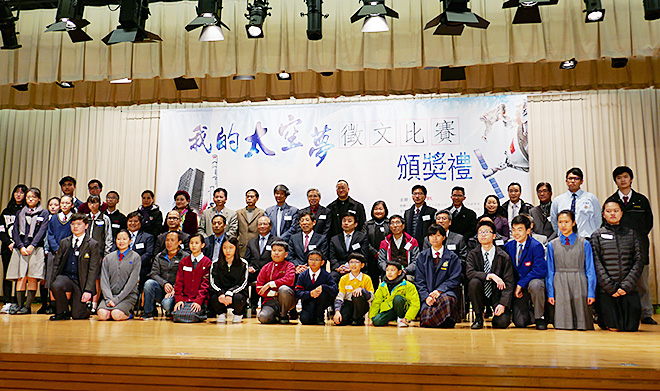 Students were encouraged to chase their dreams by the President of City University of Hong Kong (CityU) during the awards presentation ceremony for a writing competition on “My Space Dream” aimed at local primary and secondary school students and organised by Ta Kung Pao.

Professor Way Kuo, as one of the officiating guests, made the distinction between chasing dreams and daydreaming in his address, adding that a “space dream” could be interpreted in various ways, and so entrants could freely write about their unique ideas based on their own interest areas such as arts, politics or economy.

As long as it was their unique “space dream”, it would be the best, he said.

Other officiating guests at the ceremony were Mr Jiang Zaizhong, President of Hong Kong Ta Kung Wen Wei Media Group Limited; Mr Zhu Wen, Director-General of the Publicity, Culture and Sports Department of the Liaison Office of the Central People’s Government (LOCPG) in HKSAR; Mr Eddie Ng Hak-kim, Secretary for Education; Mr Zhang Zongming, Deputy Inspector of the Department of Educational, Scientific and Technological Affairs of the LOCPG in HKSAR; and Mr Chan Yiu-ming, Chairman of the Hong Kong Association of Deputy Principals.

The writing competition was organised by Ta Kung Pao, and sponsored by Plate-Forme (Hong Kong) Limited, Hong Kong Federation of Education Workers and the Hong Kong Association of Deputy Principals.

More than 300 teachers and students attended the awards presentation ceremony. 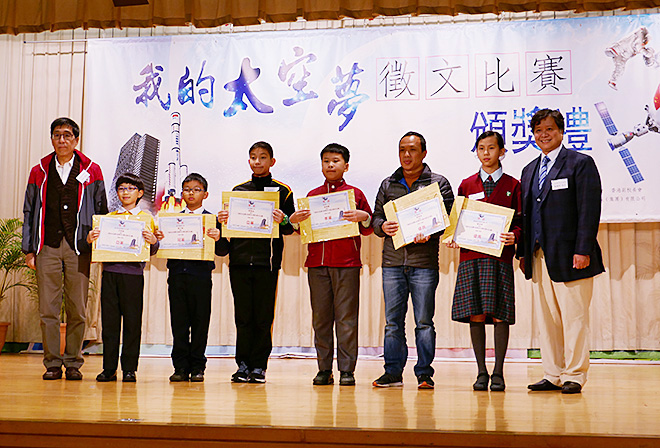