New book explores “one belt and one road” 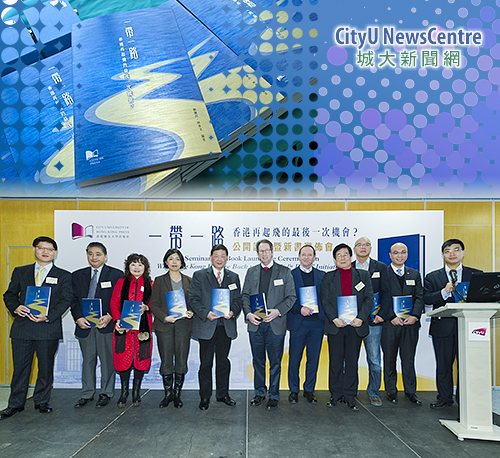 A new book titled Will Hong Kong Bounce Back under “Belt & Road” Initiative? was launched by City University of Hong Kong (CityU) Press on 2 February.

The editor and experts on the “one belt and one road” initiative shared their view at a seminar held at the book launch on the role that Hong Kong can play to boost its economy.

The Silk Road Economic Belt and the 21st-century Maritime Silk Road, also known as “one belt and one road”, has proved to be a major talking point in Hong Kong.

The book was written by experts and scholars on the “one belt one road” initiative, and edited by two veteran journalists.

Guest speakers at the seminar included Mr Herman Hu Shao-ming, Council Chairman of CityU and the writer of the preface; Mr Lau Lan-cheong, Senior Vice-President of News & Public Affairs, Asia Television Limited and the editor of the book; and Mr Liang Haiming, Director of Research Department at the “One Belt One Road 100” Forum and one of the writers of the book.

Mr Hu said that Hong Kong could play the role of a "super-connector" to bring in investment. Mr Liang pointed out that “one belt and one road” would bring economic and cultural influence. There are different infrastructures being constructed in the regions of the “one belt and one road” initiative. Mr Lau called for seeking opportunities to pursue economic development.