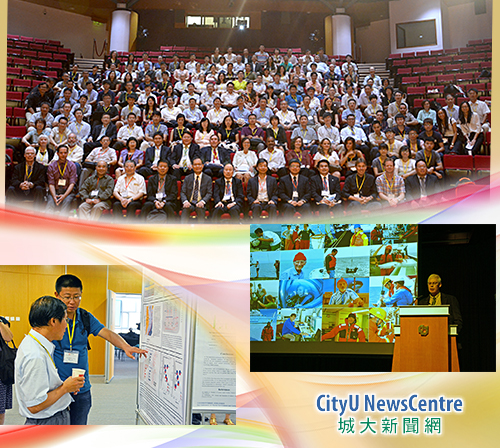 Experts discussed marine environmental science at the 2015 International Conference on Underwater Science, Technology and Education (ICUSTE) from 19 to 22 August at City University of Hong Kong (CityU).

The conference was themed “Tools for ocean research”. It was jointly organised by the Division of Earth Sciences, National Natural Science Foundation of China; the State Key Laboratory in Marine Pollution (SKLMP), CityU; the School of Veterinary Medicine, CityU; and 12 co-organisers.

The aims of ICUSTE were to promote academic exchange and collaboration in marine environmental science, and enhance the awareness of marine environmental protection. Discussion highlights and conclusions from the conference will be used to prepare separate summaries for policy makers in Hong Kong, Shenzhen and the Central Government.