Non-invasive tests that save lives 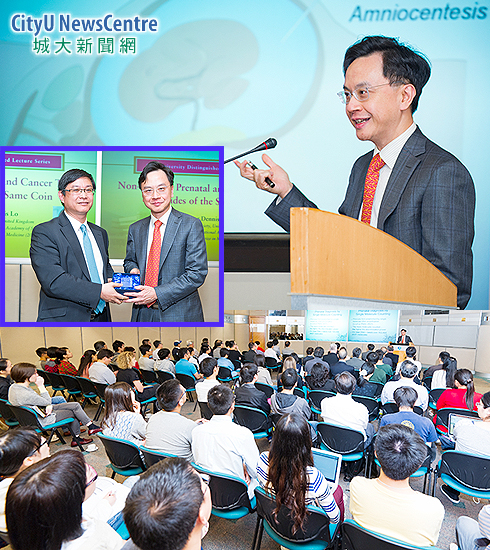 Professor Dennis Lo, Fellow of the Royal Society in the UK, and Foreign Associate of the US National Academy of Sciences, gave a talk titled “Non-invasive Prenatal and Cancer Tests: Two Sides of the Same Coin” at a City University Distinguished Lecture on 28 April.

Professor Lo said that during pregnancy a fetus would release its DNA into the blood stream of its pregnant mother. Such circulating fetal DNA provides a new non-invasive source of fetal genetic material for prenatal testing, lowering the risk of harming the fetus.

His research team has translated this scientific discovery into clinical tests over the last 18 years. Over a million pregnant women in over 60 countries have used the tests so far.

He said that his team recently discovered that such non-invasive approaches could also be used to decipher the genomic signatures of cancer in blood.

This development has opened up the exciting possibility of a universal approach to cancer screening, allowing early detection of cancers and timely treatment, and ultimately leading to the saving of many lives.