​Professor Way Kuo, President of City University of Hong Kong (CityU), was invited by Peking University (PKU) and the Nuclear and Radiation Safety Center (NRSC) in Beijing to deliver a keynote speech titled “Critical Reflections on Nuclear and Renewable Energy” on 16 and 17 March, respectively. 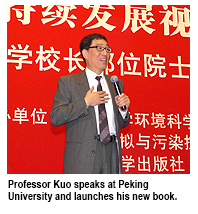 Professor Kuo discussed the supply and usage of energy from the perspective of sustainable development in the modern era in his talk. “When evaluating the energy sources for sustainable development, we must balance such aspects as environmental protection, economic well-being, reliability and sustainability in a reasonable manner,” he stressed. 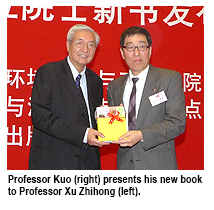 Over 70% of mainland China’s power is generated by thermal energy, and that is why smog has been such a problem in recent years. Compared with thermal power, nuclear power is cleaner and safer. However, many people worry about the safety of nuclear power, in particular after the incident at Japan’s Fukushima nuclear power plant in 2011. Professor Kuo pointed out that the incident in the Fukushima nuclear power plant was in fact a case of poor management. If we give up nuclear power and reduce the use of thermal power, the energy sources we are left with would be of unstable quality and limited quantity. It would also be difficult to maintain sustainability, and the energy would be expensive. Hence developed countries all over the world still rely on and benefit from thermal power or nuclear power. All in all, each energy source in “Rainbow Energy” has its pros and cons, and they all have limitations. 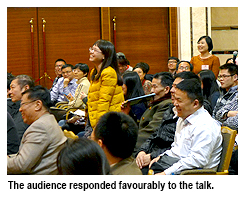 Professor Kuo’s new book Critical Reflections on Nuclear and Renewable Energy is published by Peking University Press. Royalties will be donated towards a scholarship for students.

Professor Kuo is renowned for his work in designing the reliability of electronics systems and nuclear energy. He is a pioneer in reliability research of systems at their infant stage, and has set international standards and a theoretical foundation for the testing of the reliability of electronic products. His popular science book Critical Reflections on Nuclear and Renewable Energy was published in 2013 by Commonwealth Publishing Group in Taiwan. The simplified Chinese edition is published by Peking University Press, and a Hong Kong edition was published under a different title. The book has been translated into many languages, and that the English, Japanese, French and Russian editions have been published in Massachusetts in the US, Tokyo, Paris, and Moscow, respectively.

Speech at NRSC in Beijing 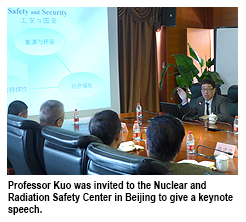 Professor Kuo said that it was necessary for nuclear plants to find the “importance element” and strive for improvement, which is an effective way to raise safety levels.