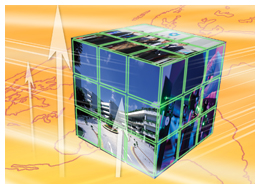 ​The results of three major ranking exercises for universities around the world have laid a solid foundation for City University of Hong Kong (CityU) to further advance its research and professional education.
CityU ranked 12th in the 2012 Asian university rankings, rising three places on last year, and 9th among the world’s top 50 young universities that are less than 50 years old, according to Quacquarelli Symonds (QS).
In addition, CityU has been placed 18th in the inaugural Times Higher Education (THE) 100 Under 50 ranking exercise of the world’s best young universities.
The data compiled by QS and THE highlight the strengths of CityU’s teaching and learning, the impact of its research, the quality of its faculty and facilities, and the University’s overall potential for the future.
“Ranking is a useful source of feedback for CityU as a progressive university seeking continuous improvement in all aspects of its development.  We are very pleased with the latest rankings published by QS and THE,” said Professor Way Kuo, University President.
He added: “I would like to thank all our colleagues for the enormous efforts that they have put into helping CityU achieve its aspirations, laid out in our Strategic Plan, for becoming a leading global university in Asia, excelling in research and professional education. Tribute should be paid to them for their unswerving commitment and contributions over the years.”
The news could not have come at a better time with CityU preparing for the full implementation of the new 4-year undergraduate and its own new Discovery-enriched Curriculum.
“Clearly the path we have taken is one that has been recognised against international benchmarks of excellence. It is an affirmation that what we are doing is going to make a difference to the future careers of our students and to the well-being of society. There is still a lot more work to be done, but our new rankings have provided us with a much-appreciated boost,” he said.