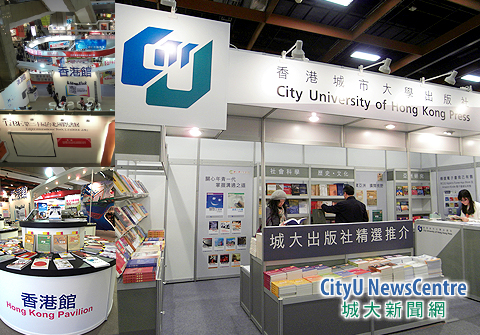 CityU Press has participated in TIBE, Taiwan’s largest book exhibition, since 2006. This year saw over 600,000 people and 700 exhibitors from 60 countries take part. The aim of the event, which took place from 1 to 6 February, is to contribute to the generation and application of knowledge.

CityU Press was invited to showcase its titles at the inaugural Hong Kong Pavilion during the event. The pavilion, set up by the Hong Kong Publishing Federation and the Hong Kong Printers Association, showcased the creativity and achievements of Hong Kong’s publishing and printing industries. All the exhibits in the pavilion were later donated to the Taipei public library.

CityU Press has been providing high quality new titles to readers in Taiwan for the last six years.