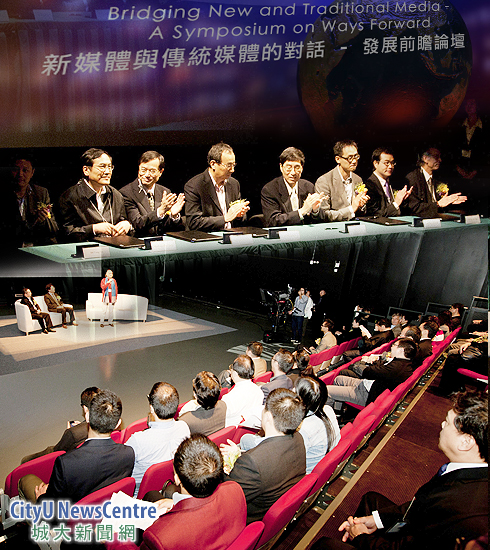 A new strategic agreement between City University of Hong Kong (CityU) and the media industry will help to nurture media professionals and strengthen Hong Kong’s status as a regional information and communication hub. Under an agreement signed at a ceremony on 26 November seven media partners will deliver internships and other training opportunities to CityU students.

The ceremony was held in conjunction with a symposium called Bridging New and Traditional Media organised by the Department of Media and Communication. Leading scholars and senior managers from major media organisations in Hong Kong and the mainland discussed the development of new and traditional media at the symposium. Topics included media convergence in the omni-media age, the digital transformation of traditional media, social networks, and the development of network video.

The symposium is part of the Run Run Shaw Creative Media Centre Grand Opening Festival programme which runs until April 2012.