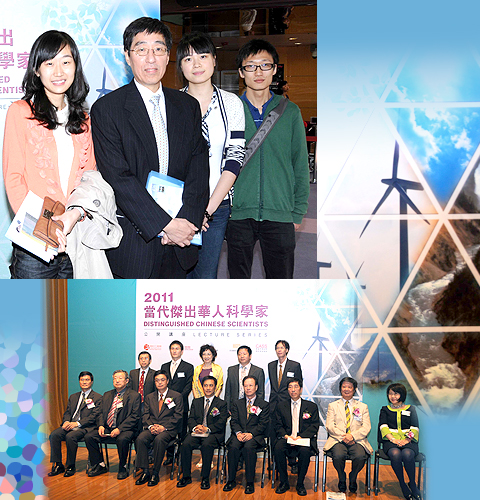 The importance of reliability in daily life was the subject of a talk by the President of City University of Hong Kong (CityU) at a recent series of lectures delivered by eminent Chinese scientists.

Professor Way Kuo was joined by three other academicians from Hong Kong and the mainland as guest speakers at the three-day series of talks which was attended by the general public and high school teachers and students.

Based on their respective fields of interest, the speakers talked about energy and R&D into traditional Chinese medicine. Professor Kuo’s talk which was titled “A vital role reliability plays in modern society” took place on October 27.

The aim was to introduce to the public the latest achievements in different fields of science and technology.

In addition to this talk, Professor Kuo delivered lectures on related subjects at The Workshop to Promote Understanding of the Basic Law and Contemporary China on 19 October and at Eco Expo Asia 2011 on 29 October.

These two talks were organised by the Joint Committee for the Promotion of the Basic Law of Hong Kong and the Hong Kong Trade Development Council, respectively.