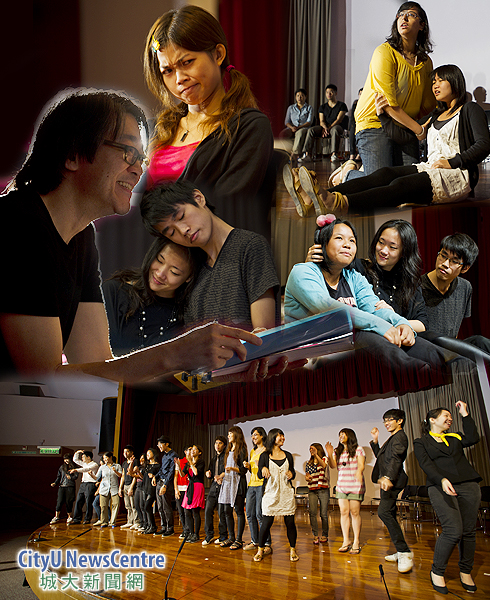 Our Town by the American playwright Thornton Wilder was the inspiration behind a series of one-act plays conceived, written and performed by students from City University of Hong Kong (CityU) on 18 July at Wei Hing Theatre. 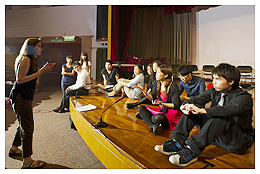 Under the theme My Town: Hong Kong Time Capsule 2011, the students’ four dramas explored contemporary themes pertinent to life in Hong Kong in much the same way that Wilder examined aspects of the human condition in his 1938 Pulitzer Prize-winning drama.

“Rio and June”, an adaption of the Romeo and Juliet story, narrates the relationship between the daughter of a professor and the son of a street hawker. In “I Have A Dream”, a father opposes his daughter’s desire to become a musician. “The Betrayal” tells the story of a woman who has a miscarriage after suffering a fall, and “Three Wishes” relates how two orphans learn to cope with their new family.

The students, who came from a range of academic disciplines, from creative media and social work to English, Asian studies and economics, studied Our Town at the start of the six-week workshop and took acting and writing classes prior to scripting their own plays. 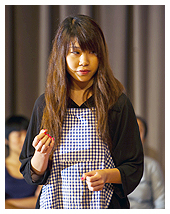 “The workshop was a unique opportunity for young people in Hong Kong to write and perform their own dramas in English in an educational context,” said Mr Alvin Eng, a playwright, performer and educator currently in residence as a Fulbright Specialist in Theatre/US Studies in CityU’s Department of English, the organiser of the event.

“We have been very impressed by the students’ work,” said Ms Wendy Wasdahl, a New York City-based producer, director and actress co-teaching the CityU workshop. “It has been real immersion for these students, an experience that has stressed the creative process.”

Ms Wasdahl said the students were encouraged to develop their dramas using the idea of a time capsule, reflecting a key scene in Our Town. “This whole workshop can be seen as a theatrical time capsule of Hong Kong in 2011,” she said.

One of the actors, Carol Tang Kai-ru, an economics and finance student, said the workshop had been very intense. “But it has been a great chance to explore our creativity,” she said. 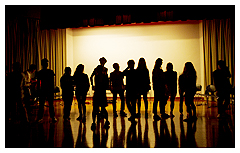 Another cast member said she had known little about theatre before the workshop. “But now I really love it,” said Kristy Wong Yee-man, a Year 2 student in the Department of Asian and International Studies.

Thornton’s original stage show is regarded as the quintessential Americana play, but it was inspired by Chinese culture, Mr Eng explained.

“Wilder spent some of his childhood in China and the Chinese opera he saw inspired the minimalist sets he used in Our Town, which would have been very unusual to American audiences in the 1930s,” said Mr Eng, who holds a Master of Fine Arts degree in playwriting from New York University. 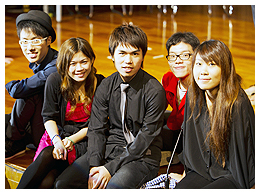 The event was supported by the Fulbright Specialist Program, Consulate General of the United States in Hong Kong, and the Hong Kong-America Centre.