City University of Hong Kong (CityU) will confer Honorary Fellowships on four distinguished individuals in recognition of their significant contributions to the development of, and service to, the University. 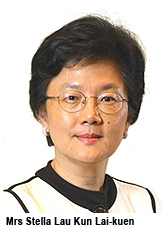 Mrs Stella Lau is a committed educator who started teaching in her alma mater, Diocesan Girls’ School (DGS), in 1990. She has been the school’s Headmistress since 1999. Under her leadership, DGS continues to be regarded as a renowned secondary school in Hong Kong, nurturing promising future leaders. Mrs Lau has also been involved actively in the tertiary education sector. She served on a number of committees at CityU from 2001 to 2007 when she sat on the University’s Council. She has been a member of the University Grants Committee since 2008. Among her other public roles, Mrs Lau is a member of the Women’s Commission and a Hong Kong delegate of the All-China Women’s Federation. In 2006, she was appointed Justice of the Peace by the HKSAR Government. 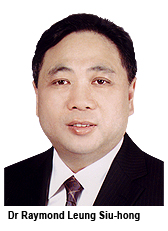 Dr Raymond Leung is Chairman of SAE Magnetics (HK) Ltd and Chairman and CEO of TDK China Co Ltd. An outstanding industrialist, he made a name for himself in the local electronics manufacturing sector in the early 1980s. He now brings his valuable experience to campus by serving as a patron of the CityU Business and Industrial Club and as a board member of CityU Research Limited. Over the past 10 years, he has offered students at the College of Science and Engineering training positions and he has helped fund scholarship programmes and research projects at the University. CityU’s Lecture Theatre 9 was named after SAE Magnetics in April 2005 in appreciation of its support, and Dr Leung’s contributions to industry and education have earned him many awards. He was made an Honorary Citizen by the municipal government of Dongguan and a Distinguished Fellow by CityU. 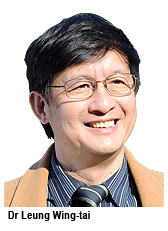 Dr Leung Wing-tai has devoted himself to youth development and education for decades. He has served full time on Breakthrough, a not-for-profit youth organisation, since 1978, and he is the current General Secretary. Having completed his studies in cinema and television in the US, he has produced inspiring programmes about youth work such as the award-winning TV series “Generation 21: Young Spirits of Asia.” He was also a member of the Board of Advisors for CityU’s video series “A Portrait of Success” under its BRIDGE to Success Programme. He has contributed immensely to the education sector, too, serving the CityU Council and its committees for six years. He was a member of the former Board of Education and the Assessment Sub-Committee of the Quality Education Fund. 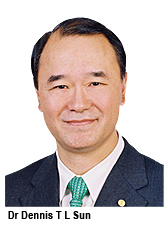 Dr Dennis Sun, Chairman of China-Hongkong Photo Products Holdings Ltd, is well-known for his dedication to public service, particularly his work for the Community Chest of Hong Kong – he is the current Vice Patron. The community-minded entrepreneur has also served widely in other public sectors and is a member of The Ninth Chinese People’s Political Consultative Conference of Jiangsu Provincial Committee. As a member of the CityU Council from 2001 to 2009, Dr Sun made valuable contributions to building relations between the University and the community. He spent five years as Chairman of the Community Relations Committee and, as a member of the CityU Court, he advises on general policies and operations. He was awarded the Bronze Bauhinia Star in 1999 and appointed Justice of the Peace in 2002 by the HKSAR Government.

The four distinguished individuals will receive their fellowships at the Honorary Fellow Presentation Ceremony to be held on 20 September 2010 on CityU campus.