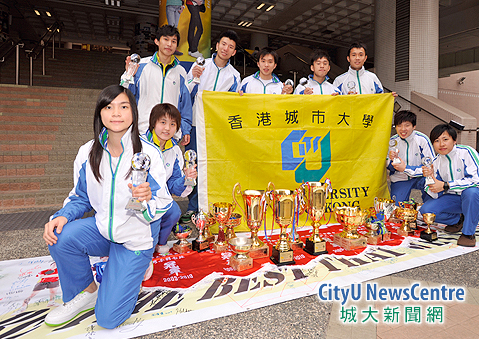 The City University of Hong Kong (CityU) sports teams dominated the 2009-10 sports competitions organised by the University Sports Federation of Hong Kong, China, (USFHK) yet again, claiming the overall championship title in both men’s and women’s divisions. This is the third consecutive year when CityU has won this singular honour of receiving the overall championship for men as well as women. This is also the fifth time when CityU has won both (men and women) overall titles in the same year.