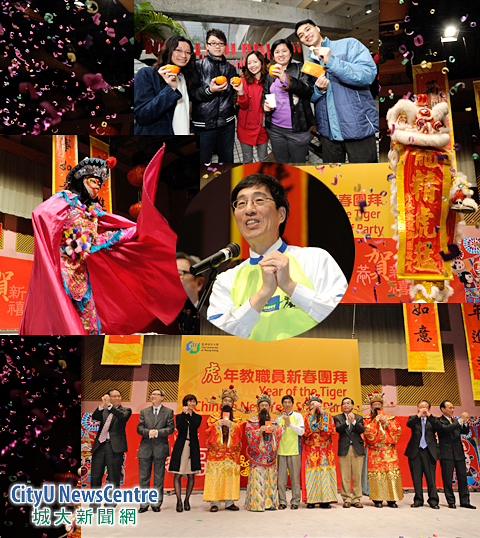 More than 1,000 City University of Hong Kong (CityU) faculty and staff gathered together at the Chinese New Year Staff Party to celebrate Year of the Tiger, on 24 February.

In his welcoming remarks, CityU President Professor Way Kuo expressed appreciation for the support from colleagues of different departments and their contribution to CityU. Professor Kuo wished everyone success and hoped they would be as strong as a tiger.

The party was organised by the Human Resources Office. Apart from a sumptuous buffet and traditional Chinese craft and game stalls, faculty and staff enjoyed the lion dance, mask illusions, karaoke performances and a lucky draw. Professor Kuo also presented a flag to the CityU Delegation for the Standard Chartered Marathon to wish them success in the upcoming race.

CityU staff usher in Year of the Ox