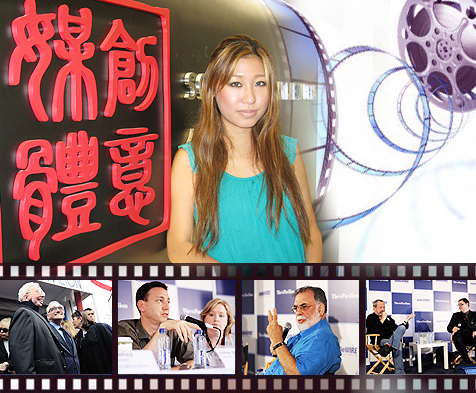 Inaki Moe, a Year 3 student from the School of Creative Media of City University of Hong Kong (CityU), attended the Cannes Film Festival in France after receiving a recommendation from the School and the support of the Spring-Time Outreach Scholarship.

Moe and around 80 students from film and art schools around the world gathered at Cannes under a student programme run by the American Pavilion. She acted as the photographer for the pavilion, taking publicity photos of major events. Moe’s experimental short film Define HK was part of a short film screening at the festival.

The SCM student was born and raised in Japan. She moved to Hong Kong with her parents six years ago. She considered continuing her studies overseas but chose to stay in Hong Kong and joined CityU. She believed the School of Creative Media offered her a diversified education where she could try her hand at different kinds of creative media. She said CityU had given her a lot of opportunities, with the trip to Cannes being one very significant example.

At the festival in May, Moe got a taste of the upper echelons of the movie industry, meeting industry legends such as directors Martin Scorsese and Francis Ford Coppola and many other veteran filmmakers. She said the networking opportunities would prove useful in her future career.