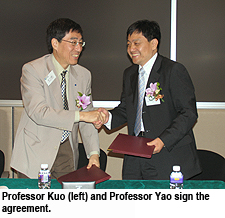 City University of Hong Kong (CityU) and the State Language Commission (SLC) signed the second collaborative agreement on 13 June for the University to continue administering the National Putonghua Proficiency Test and to offer preparatory courses. The new agreement expands the scope of the Putonghua courses to encompass the whole of Hong Kong. 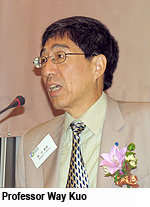 The agreement served as further evidence of CityU's emphasis on the promotion of language proficiency for students and local citizens. "CityU's Putonghua Training and Assessment Centre is part of the University's greater contribution to the technological, social and financial development of Hong Kong," Professor Kuo said. With an increasing number of cultural exchanges and greater trade between Hong Kong and the mainland, the demand for Putonghua competency has grown rapidly. Professor Kuo said CityU would fully utilise its strengths and work closely with the SLC to better serve Hong Kong. 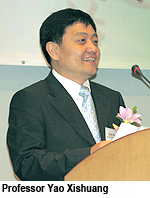 Established in 2005, the Putonghua Training and Assessment Centre is operated by the Division of Language Studies from the Community College of City University, which offers preparatory courses while also processing applications and managing administrative duties. When the second agreement comes into effect, the centre will be open to all Hong Kong citizens for training and assessment. Preparatory courses for the December assessment will be offered in September.