City University of Hong Kong (CityU) is holding “Korea Week 07” from 22 to 25 January for people who want to know more about Korean culture, society and economic development. 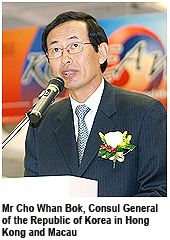 The event has been co-organized by the Department of Chinese, Translation and Linguistics and the Halliday Centre for Intelligent Applications of Language Studies at CityU; the Consulate-General of the Republic of Korea; the Korea Tourism Organization; LG Electronics H.K. Ltd; and Samsung Electronics H.K. Co., Ltd.

Through exhibitions, workshops and seminars during “Korea Week 07”, CityU aims to enhance public knowledge about different facets of Korea. 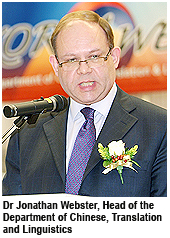 The Department of Chinese, Translation and Linguistics will take the opportunity to present a series of unique Korean studies courses currently available at the University. The Department first offered elective courses in Korean studies in 2003 and introduced Hong Kong’s first-ever Minor in Korean Studies the following year. The Minor has a broader curriculum that enables students to study not only the Korean language, but also its society and culture.

For the 2007-08 academic year, the Department will pioneer the Bachelor of Arts (Hons) in Language Studies with a specialization in Korean. It will be a self-financing top-up degree programme tailored for individuals who have an Associate Degree or a higher qualification in Korean language or related studies. The programme will enable students—who need to take 60 credits and have two to four years to complete their studies—to acquire a high proficiency in the Korean language and its applications by studying a range of courses that cover language, history and culture. 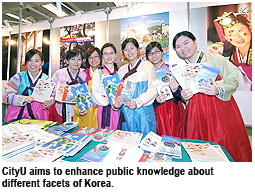 Speaking at the opening ceremony of “Korea Week 07”, Dr Jonathan Webster, Head of the Department of Chinese, Translation and Linguistics, said: “Our Korean studies courses allow students to study Korean as a foreign language and help broaden their horizons. Since 2003, about 500 students have taken the Korean studies courses every academic year. The courses are well received by students across disciplines.”

Mr Cho Whan Bok, Consul General of the Republic of Korea in Hong Kong and Macau, thanked CityU for its significant contributions to promoting Korean culture. “At CityU, students can learn about Korean culture and its contemporary development in the global economic and political arenas through a diverse range of courses. I believe this new programme can enhance the global presence of the Republic of Korea,” he said. 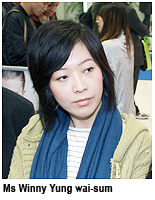 Ms Winny Yung Wai-sum, one of the first cohort of graduates with Korean studies as her minor, secured a job as a reporter on a pay-TV station’s entertainment channel soon after graduation. The channel specializes in news about the Korean film and entertainment industries, and Ms Yung often covers large events taking place in Korea.

The “Korea Week 07” exhibition is being held on the 4th Floor of the Purple Zone in CityU’s Academic Building. The cultural workshops and academic seminars on Korean language studies will take place between 22 January and 25 January.