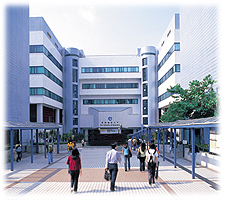 In recent years, several senior CityU academics and administrators have been recruited by reputable and well-established higher-education institutions in and overseas. (See Table 1). Professor Haydn Chen Hai-dung, Professor (Chair) of Materials Science and Head of the Department of Physics and Materials Science, for example, has joined ’s as President. The trend only demonstrates worldwide recognition of CityU’s international standing and its pool of talents, Professor Chang said. Indeed, CityU’s ranking has jumped 20 places to 178 in the world’s top 200 universities, according to the Times Higher Education Supplement 2005 survey.

It is only natural that talented members of staff move to other educational institutions and sometimes across borders, and to other sectors too, for that matter. CityU has recruited many distinguished scholars and administrators from other renowned universities as well in recent years, including Deputy President Professor David Tong.

Steps were being taken to address Professor Wong’s departure, Professor Chang said, adding that there were talented personnel at CityU and elsewhere who could fill Professor Wong’s shoes. Or perhaps it was time to take a fresh look at senior management structure in view of the University’s urgent tasks over the next few years and decide the best way forward, he said.

The University has established six task groups to look into challenges in areas including space utilization and research enhancement. (See Bulletin No. 53)

Not only has CityU proven that it has grown into a full-fledged, mature university with a significant pool of talented teaching and management staff, its students have also won local and international recognition. In the past two months alone, 14 students and recent graduates have received awards and accolades from local and international bodies. (See Table 2.)

“With high-calibre academics and administrators, plus high-quality and promising students, I firmly believe that CityU will become a leading university in the Asia-Pacific region in the not too distant future,” Professor Chang said. 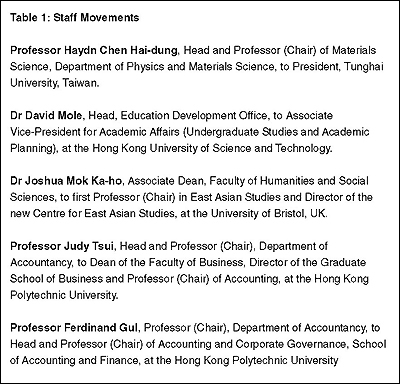 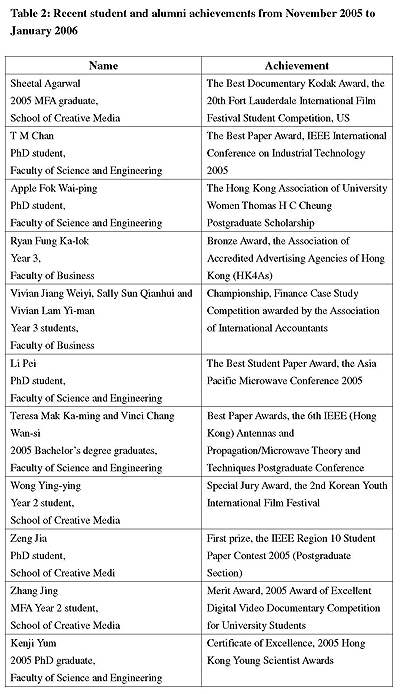