Star idols can be turned into role models 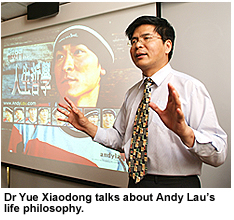 , Associate Professor of City University of Hong Kong's Department of Applied Social Studies, announced the findings of his research study on “Turning Andy Lau from a star idol into a role model: An experimental study in Hong Kong and Shenzhen” on 24 June. The results indicate that idol worship has a negative impact on adolescents when they are primed more by the idol’s glamorous traits than by his or her achievements. This study is a fine example of CityU’s continuing efforts in providing quality applied research and making valuable contributions to society. 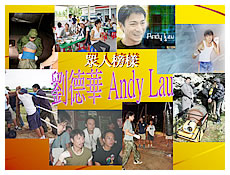 Conducted in 2004, the study examines the different priming effect on the two conditions of the idol worship of Andy Lau through an experiment and questionnaire. A total of 1,651 high school students from and 773 from Shenzhen participated in the study.

“The present study is a pioneer of its kind in and around the world,” Dr Yue said. “It supports a hypothesized priming effect on idol perception, suggesting that a star idol may be turned into a role model depending on how the idol is presented to young people. The study also sheds new light on how to conduct experimental study of the issue,” he added.

The results suggest that the students show significantly higher degrees of idol worship of Andy Lau when they were exposed to achievement primes such as his life philosophy, hard work and personality traits that enhance emulation and identification of Andy Lau’s pro-social behaviors or desirable dispositional traits, than when they were primed by the glamour prompts such as his personal wealth, awards and reputation of being a star, factors that enhance perfection and mystification of Andy Lau’s personal or ideological characteristics.

The study compared students in with those on the mainland. The results showed that the mainland students were more inclined to worship Andy Lau in terms of demonstrating feelings of attachment to, emulating and romanticizing Andy Lau when prompted by his achievements. On the other hand, students tend to ‘idealize’ Andy Lau rather than feel attached to him. The findings also show that, in and on the mainland, the students’ idealization of and attachment to Andy Lau under the achievement primes were at the same level of idealization of and attachment to one’s favorite idol, which implies that idol worship can be shaped. Adolescent idol worship thus tends to have positive impact if the achievement side of the idol is the focus since a star idol can also be a role model. 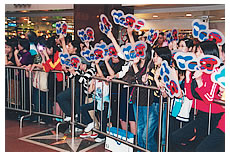 Dr Yue emphasized that idol worship can be helpful to students’ identity formation when it enhances critical thinking in judging idols. The study shows that by exploring the humble, mundane, self-inspiring, and pro-social aspects of teen idols, young people may benefit from idol worship such that they will identify with their admired idols’ occupational successes and desirable personality traits.

To uphold the University’s mission to make a significant contribution to society, the Youth Study Net under Dr Yue’s supervision in the Department of Applied Social Studies has also designed a set of teaching materials, entitled “Life education series- Discussion on idol worship”, to enable secondary teachers to guide adolescents away from idolatry.