A new year, a new start 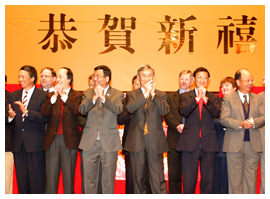 The Chinese New Year Staff Party, held on 7 February, was full of festive fun and joy for the more than 1,000 staff members who gathered in the Chan Tai Ho Multi-Purpose Hall to celebrate the Year of the Goat.

This year, the party's happy atmosphere was particularly appreciated by staff, given the current tough times in . Welcoming the Year of the Goat, CityU President Professor H K Chang extended the meaning of the Chinese character for goat (羊) to wish the University good fortune and prosperity. Professor Chang also expressed gratitude to all staff for their hard work over the years and encouraged them to 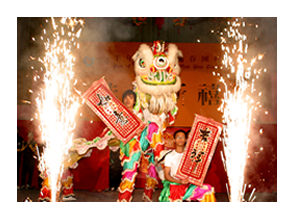 think about new initiatives to mark the new year. "We should do new things to make the University really serve society. At the beginning of the year, we should remind ourselves we need to rely on our ingenuity and effort to make CityU a better university for , from both the accountability point of view, and from the knowledge point of view," said Professor Chang. 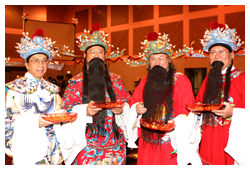 Other highlights included a musical performance by the CityU Chinese Orchestra, the CityU Choir, and two Chinese songs performed by Professor Y S Wong, Vice-President (Administration). Mr Zenneth Kok, a third-year student in the , amazed the audience with his conjuring tricks. 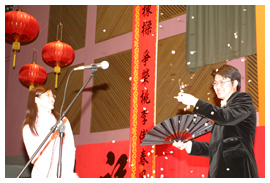 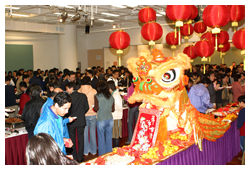 Organized by the Human Resources Office, with the help of the Facilities Management Office, Catering Services, and other departments, staff voted the party a great success.