Two initiatives were introduced this year to restructure the public sector-reform of the civil service pay policy and system and the appointment of principal officials who will be held accountable for the success or failure of their policies. How does the government's latest attempt to reform the system differ from previous similar attempts in terms of content and background? Is this an opportune time for implementing such reforms? What are the main obstacles to their successful implementation? 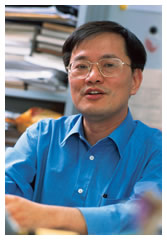 "Compared with previous attempts at revamping the civil service's pay policy and its management, the recent consultation is far more comprehensive," said Mr Cheung Chor-yung, Senior Lecturer in CityU's Division of Social Studies. "The history of civil service reform in is marked by a lack of will and procrastination on the part of the government. During the long transition to 1997, reforms were hindered by political considerations. In the 1980s and 1990s, stability, as epitomized by the 'iron rice-bowl', had to be maintained at the expense of everything else". Consequently, reforms were reduced to attempts at increasing efficiency of the civil service but without rocking the boat. They were relatively rather cautious and narrow in scope.

"The return of 's sovereignty to offered an opportunity for change, as now had to do something about its civil service in order to cope with the challenges of the 21st century," Mr Cheung said. "In fact, the proposal for civil service reform in 1998, with its major directions for change, proved far more thorough than any of its predecessors under the colonial government. The suggestion to link pay to performance was raised for the first time."
Unfortunately, it also turned out to be an inopportune time, with unemployment on the rise and the Asian economic downturn. Civil servants took to the streets and held rallies to show their opposition to the reforms, and the government backed down. 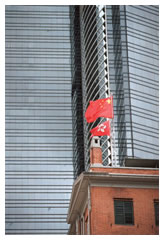 This time round, with Chief Executive Mr Tung Chee-hwa securely in his second and last term of office, his worry about not being re-elected is out of the way. However, fundamental problems remain, according to Mr Cheung. The government is not democratically elected, so it does not enjoy the necessary legitimacy to bolster its political will to push through the reforms, he said. Other drawbacks faced by the government include the absence of leaders with hands-on experience in successful models of reform, Mr Cheung said. And, given the current economic climate in , the move to replace the objective of "recruit, retain, motivate" of the current pay policy with the principle of affordability is expected to arouse much resistance. To overcome it, the government will need a fair amount of political skill and determination. The crucial thing, and also the most difficult, said Mr Cheung, is to change the culture of the civil service.

While the pay reform, once well in place, may mean farewell to the "iron rice-bowl" culture, it should by no means spell an end to stable careers. "The public and private sectors will still be different," he said, "and, though it will no longer be of overriding importance, stability is very important to the former. So, ideally, the civil service could still offer the opportunity for a lifelong career, if one performs well." 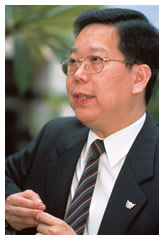 A further significant reform in the public sector is the accountability system for principal officials, possibly the most dramatic shift in the system of governance since returned to in 1997. It was introduced in response to demands made by the Legislative Council (Legco) and the community that the top echelons of the government be held accountable for the outcome of their policies.

In April this year, the Chief Executive unveiled the framework of the accountability system in Legco. In addition to making principal officials more responsible for their actions, the primary objectives of the system, he told legislators, are to improve response to community needs, coordination in policy formulation, and cooperation between the executive and legislative arms, and ensure more effective policy implementation and the provision of better quality services to the public. The new system was implemented on 1 July this year, when Mr Tung began his second five-year term of office.

Under the new arrangement, the Secretaries of Departments and Directors of Bureaux will be political appointees from inside and outside the civil service who have been nominated by the Chief Executive for appointment by the central government. They will not be civil servants and their term of contract will not exceed the term of the Chief Executive who nominated them. There will be a total of 14 principal officials under the new system, comprising three Secretaries of Departments and 11 Directors of Bureaux. They will assume key portfolios, make policy, run the 190,000-strong civil service, and report directly to the Chief Executive.

Dr James Sung, a lecturer in CityU's and Professional Education, believes that Mr Tung is trying to improve the implementation of public policy and his control over the top hierarchy of the government through the system.

Being in the frontline will enable the new principal officials to become more sensitive to popular sentiment and proactive in gaining public support. The replacement of career civil servants with political appointees, who can be sacked only by the Chief Executive, will allow Mr Tung to pick his own policy team without his choices being subject to the civil service rules of promotion and transfer, Dr Sung said.

Challenges for the government

Great changes are in store for 's civil service in the near future with the accountability system and the public sector reforms taking place at roughly the same time. However, the social conditions and administrative environment are less than ideal for the implementation of either. The economy is in recession and the civil service is resentful of plans to cut pay to help rein in the growing budget deficit. The accountability system carries with it the commitment to respond more effectively to community needs, but, given the government's current financial situation, Dr Sung is concerned that social services may suffer from cutbacks. This, he predicts, will erode public confidence in the system. So another important test of Mr Tung's political leadership and wisdom will be whether he can guide smoothly through the political, economic, and social transformations.

How can the government overcome these challenges? The economic challenge, Dr Sung believes, is by no means the most important, given the fair condition of 's financial reserves and the possibility the economy will improve. What is more important, he said, is the need to encourage people with political talent to take up the reins of government and to nurture such talent should it be lacking.

The principal officials accountability system will expand the powers of the executive branch and expose the government to greater political risks. The principal officials will have to perform well to deserve the support of the government, the Chief Executive, and the public. And given the current challenging socio-political climate, Dr Sung said, they will have to be candidates with great political competence, confidence and skill.