Three CityU scientists, all from the Department of Biology and Chemistry (BCH), will take an active role as key collaborative partners in the Area of Excellence (AoE) Scheme. The Scheme, now in its second round, was introduced in 1995 by the University Grants Committee with the aim of promoting excellence in research and other scholarly activities in selected areas among local universities. 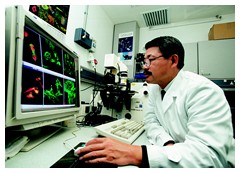 Professor W F Fong will head a non-clinical team in a collaborative project on developing and testing Chinese medicine for the treatment of hepatitis B. The AoE project "Chinese Medicine Research" has been awarded HK$25 million and will be led by the Chinese University of Hong Kong, with support from three other universities. "My training as a biochemist and pharmacologist inspired a lifelong interest in drug research," said Professor Fong, Director of CityU's Jacobson Research Lab for Botanical Drugs. He has been researching how cancer cells behave differently from normal cells over the past 30 years, concentrating recently on liver and nasopharyngeal cells. A HK$1.5 million donation in 1995 from the Cheng Suen Man Shook Foundation, funding research into herbal drugs, prompted him to focus on developing a formula to treat hepatitis. 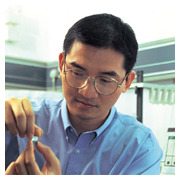 Also from BCH, Dr Michael Yang and Dr H L Kwong will team up with researchers from the University of Hong Kong, the Hong Kong Polytechnic University and three other institutions to set up an institute for drug research. CityU scientists will develop a genomics-based drug discovery platform to support the HK$48 million collaborative project on developing molecular technology for drug discovery and synthesis. Dr Yang, Director of CityU's 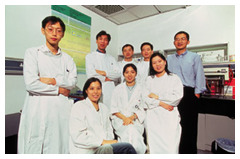 , one of the University's four applied research centres, has long been a pioneer in the area of DNA-based medical technology.

In the latest round of bidding for AoE funding, the UGC received 55 proposals, from which four entered the final shortlist. CityU is now involved with two of the three winners.