IAS an experience to treasure

"I wish the industrial training could be longer than it is now," said Ada Chan Hiu Kei, a third-year student in the computer engineering stream of the Department of Electronic Engineering. "I also think that the scheme should be extended to students from other faculties as well." 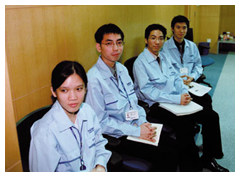 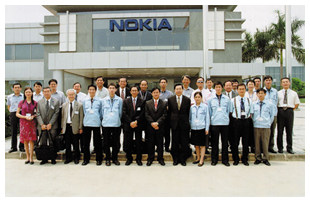 Under the scheme, the students worked on specific projects, under the supervision of their mentors, for around nine weeks. Treated as regular factory employees, they lived in factory dormitories, mingled with local staff on and off the job, and went home only for weekends. Regular visits from a group of faculty members ensured all was going well.

"This is the second year the IAS has been on offer, and the number of places this summer is almost three times greater than last year," said IAS coordinator Professor Y C Chan, from the Department of Electronic Engineering. On 15 August, in a demonstration of their support for the scheme, two dozen university professors from Hong Kong joined senior factory managers to listen to some of the students give short presentations on their projects. 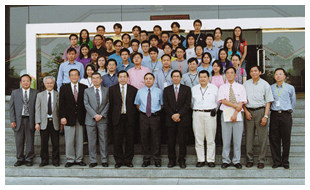 "I came away very impressed," said Professor Roderick Wong, Dean of the Faculty of Science and Engineering (FSE), who led the group visit. And the participating students were also impressed, saying their experiences were invaluable. Andrew Cheung, an Electronics Engineering student, summed up their feelings: "My biggest gain is a new perspective on our compatriots in China, who are so conscientious, hard-working and focused in their work."

With plans afoot to expand the IAS, many more FSE students may soon be experiencing a summer to remember.