Footloose the Musical: Joy of Music and Dance Under the Spotlight 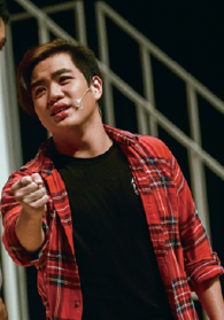 Isaac believes this year’s Footloose team is like his family. They trained hard, shed tears and blood together. They all had our ups and downs but he is proud to say he always has one another during the tough times. He expressed that he could not have asked for a better cast, and he is grateful for being able to perform again on CityU’s stage as a return performer. He has further explored more possibilities in terms of the roles he can actually play, as well as being able to communicate with the directors and cast members more effectively.