Lead halide perovskite: photovoltaics and beyond 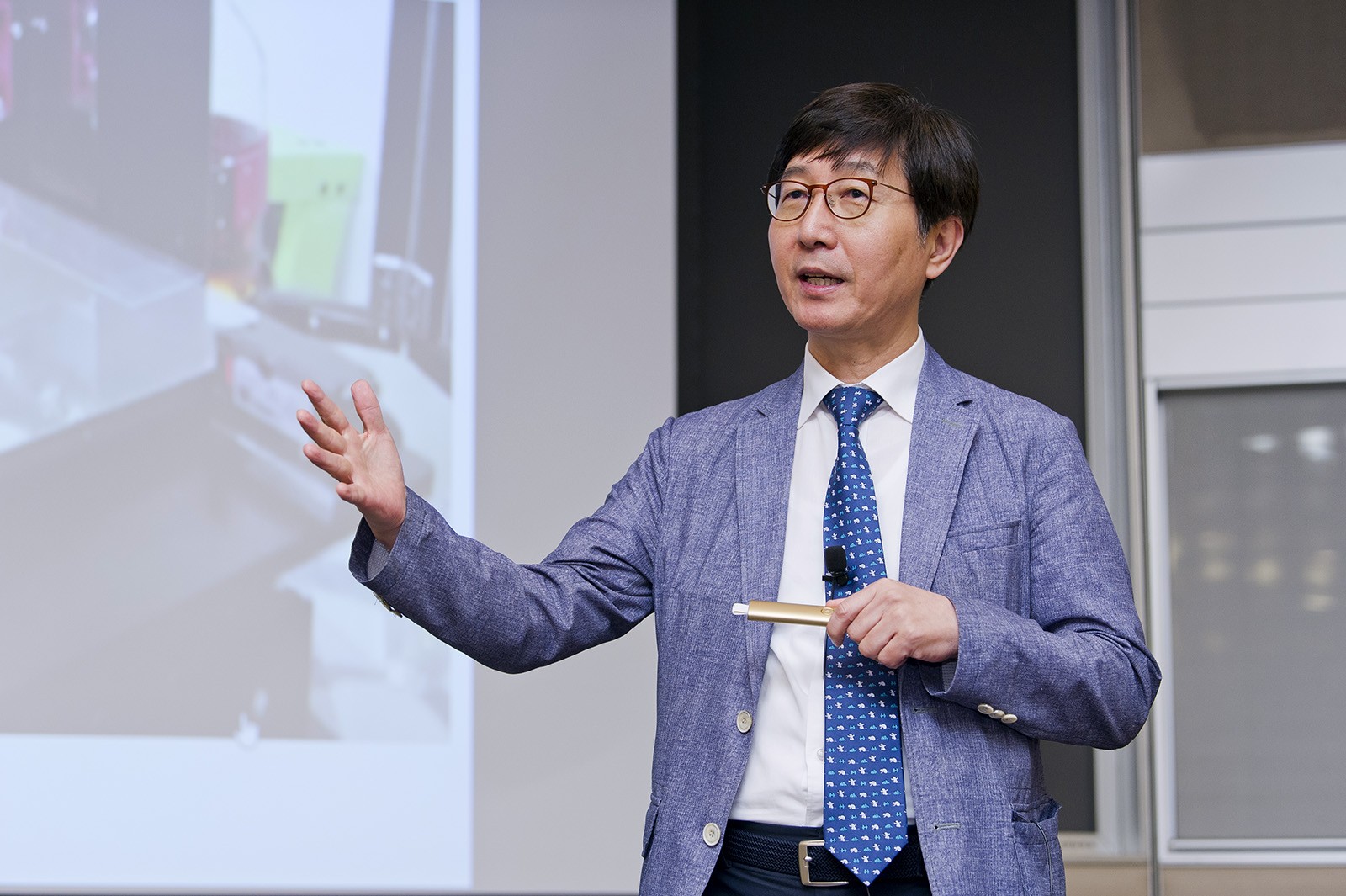 Professor Park Nam-gyu from the School of Chemical Engineering at Sungkyunkwan University in South Korea delivered the latest installment of the Institute for Advanced Study (IAS) Distinguished Lecture Series at City University Hong Kong on 11 June.

At the lecture, titled “Lead Halide Perovskite: Photovoltaics and Beyond”, Professor Park said a universal method and interfacial nano-engineering had been developed to eliminate hysteresis, which is the lag in response exhibited in a body when reacting to forces affecting it.

He said surface passivation and low-dimensional interlayer led to a significant increase in stability along with a substantial reduction in hysteresis.