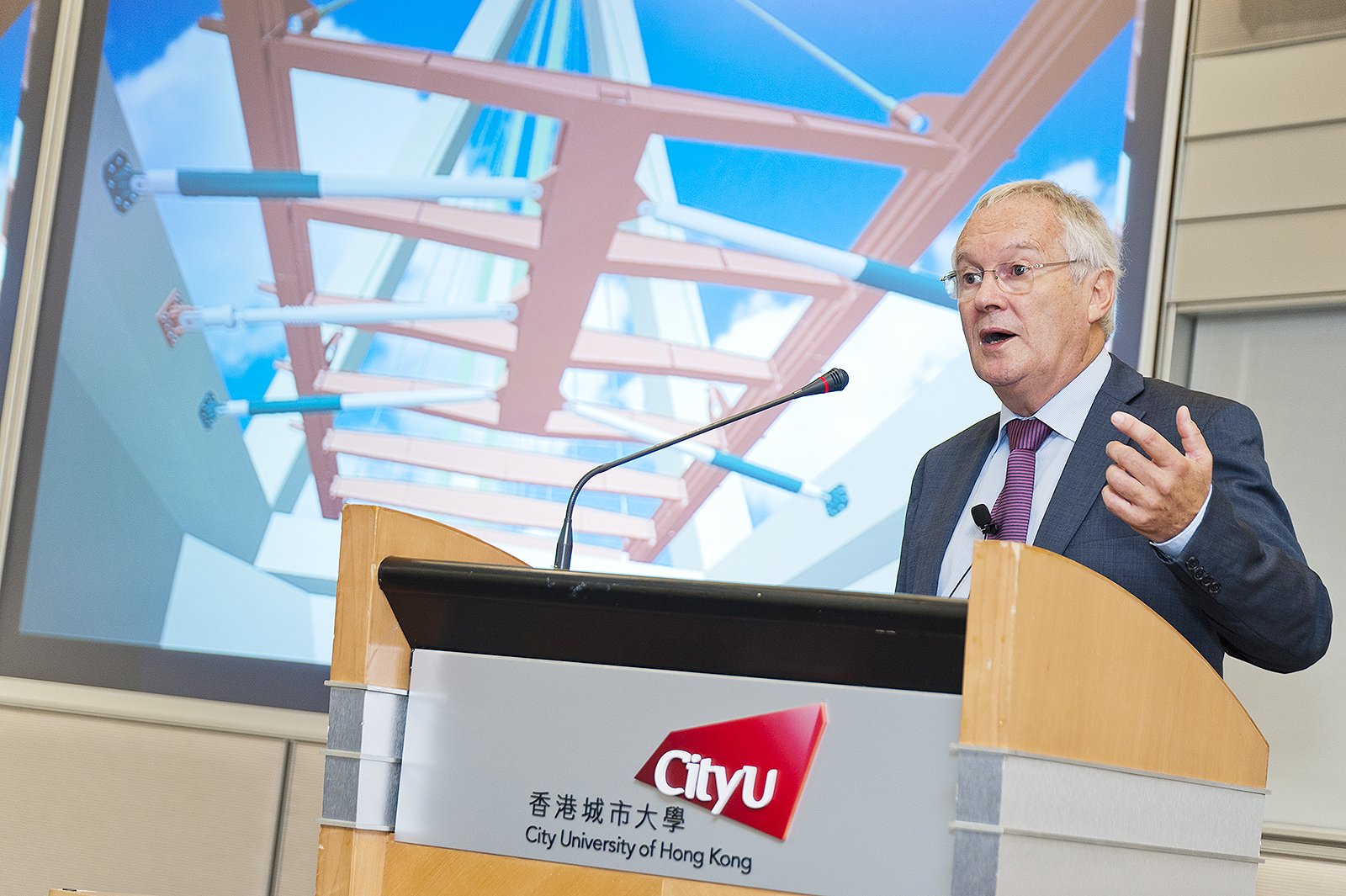 The basis for the development of the design for the foundation of the Rion-Antirion Bridge was based on an understanding of seismic behaviour, according to Professor Alain Pecker at the Institute for Advanced Study (IAS) Distinguished Lecture at City University of Hong Kong on 15 November.

The bridge, which opened in 2004, links the town of Rio on the Peloponnese peninsula to Antirrio on mainland Greece, crossing over the Gulf of Corinth. It is one of the world's longest multi-span cable-stayed bridges and the longest of the fully suspended type.

Professor Pecker said at the IAS lecture titled “Research and Practice in Engineering: The Rion-Antirion Bridge Foundation Design” that the design was mainly controlled by the seismic demand imposed on the foundations.

The overall concept combined the simplicity of capacity design, the conceptual facility of construction and enhanced the foundation safety, he said.

The design proved effective when the Rion-Antirion Bridge remained undamaged during a magnitude-6.5 earthquake occurred in 2008.

Professor Pecker works at the École des Ponts et Chaussées in France and the Institute for Advanced Study at the University of Pavia in Italy. He is a member of the French National Academy of Technologies.