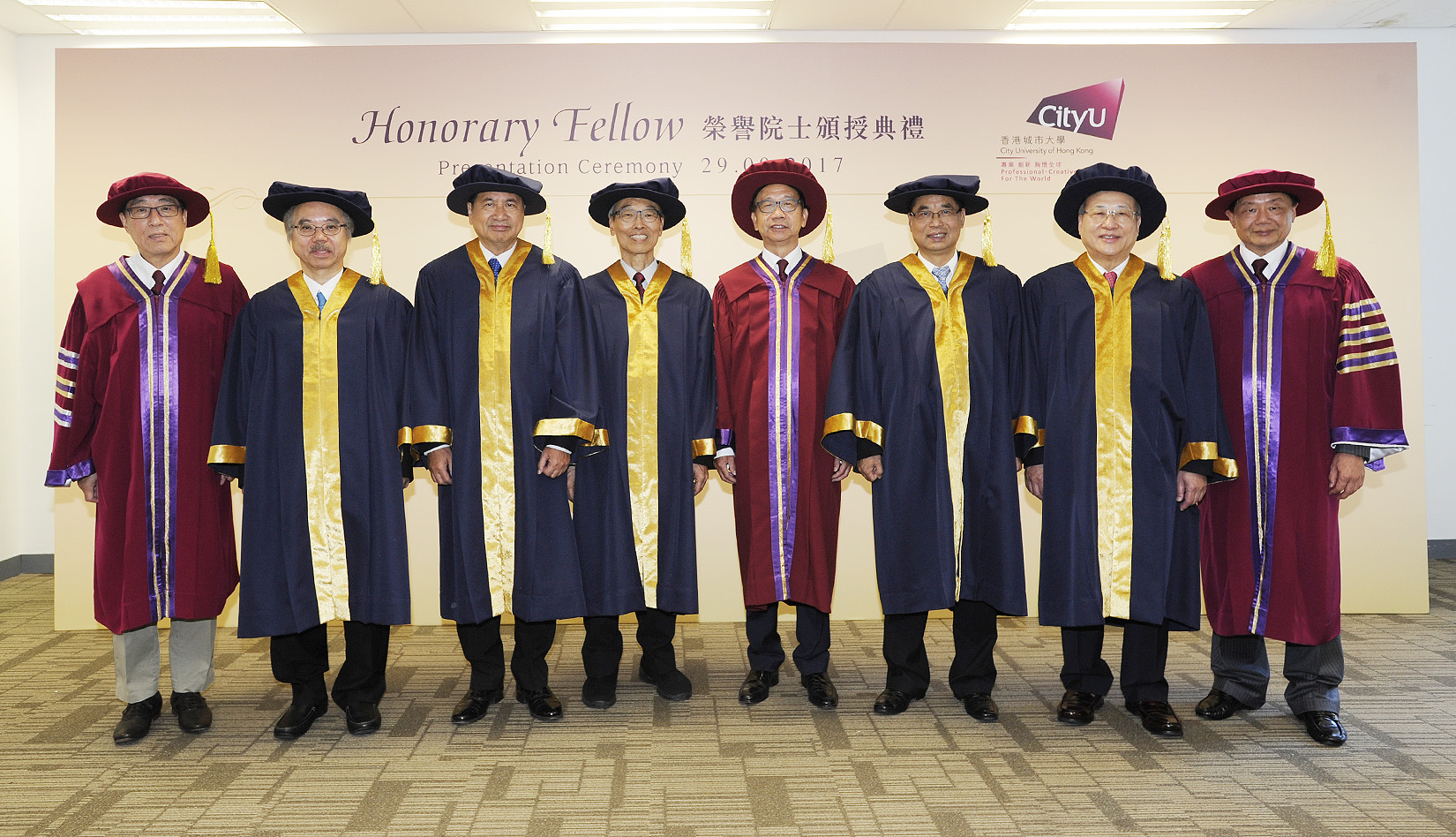 ​​Five distinguished persons were conferred the title of Honorary Fellow of City University of Hong Kong (CityU) in recognition of their distinctive contributions to the development of, and service to, the University.

The distinguished persons are:

In his welcoming address, Mr Hu thanked the Honorary Fellows for their contribution to the development of CityU over the years. “These five friends have excelled in offering their experience and generosity as well as their valuable time and effort to help guide us on our journey,” Mr Hu said. “Their support has been a critical element in constructing CityU’s new brand image as a global university that focuses on discovery and innovation, interdisciplinarity, global partnerships and knowledge transfer. It is this high level of support from the community that has propelled CityU into the top 50 universities in the world.”

Dr Law addressed the assembly on behalf of the Honorary Fellows. “CityU is a dynamic institution with a clear vision set forth in its Strategic Plan for 2015-2020,” he said. “Its mission is to contribute to the well-being and prosperity of the community by nurturing talent for the future. As Honorary Fellows for 2017, we are dedicated to supporting these ideals and this mission as best as we can.”