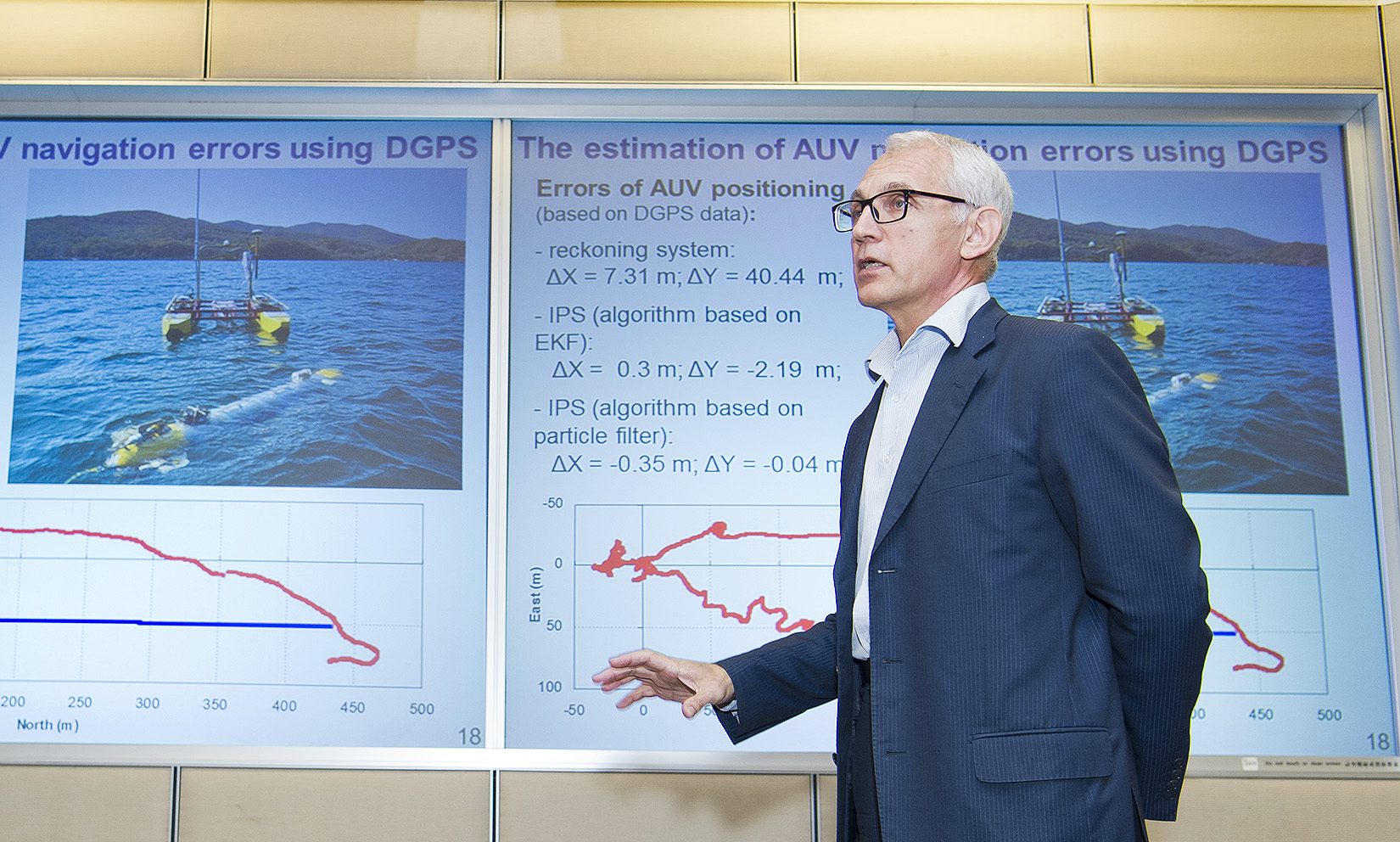 According to Dr Scherbatyuk, the estimated accuracy of a navigation system operation for an autonomous underwater vehicle is based on the usage of single hydro acoustic beacon transported by an autonomous surface vehicle.
He said a centralised mission planner for a marine robot group would solve a challenge similar to the multiple traveling salesman problem in order to assign a sequence of tasks to each vehicle in the group.
Dr Scherbatyuk is the Director of the Institute for Marine Technology Problems at the Russian Academy of Sciences and the Head of the Scientific Education Centre “Underwater Robotics” in the Far Eastern Federal University.