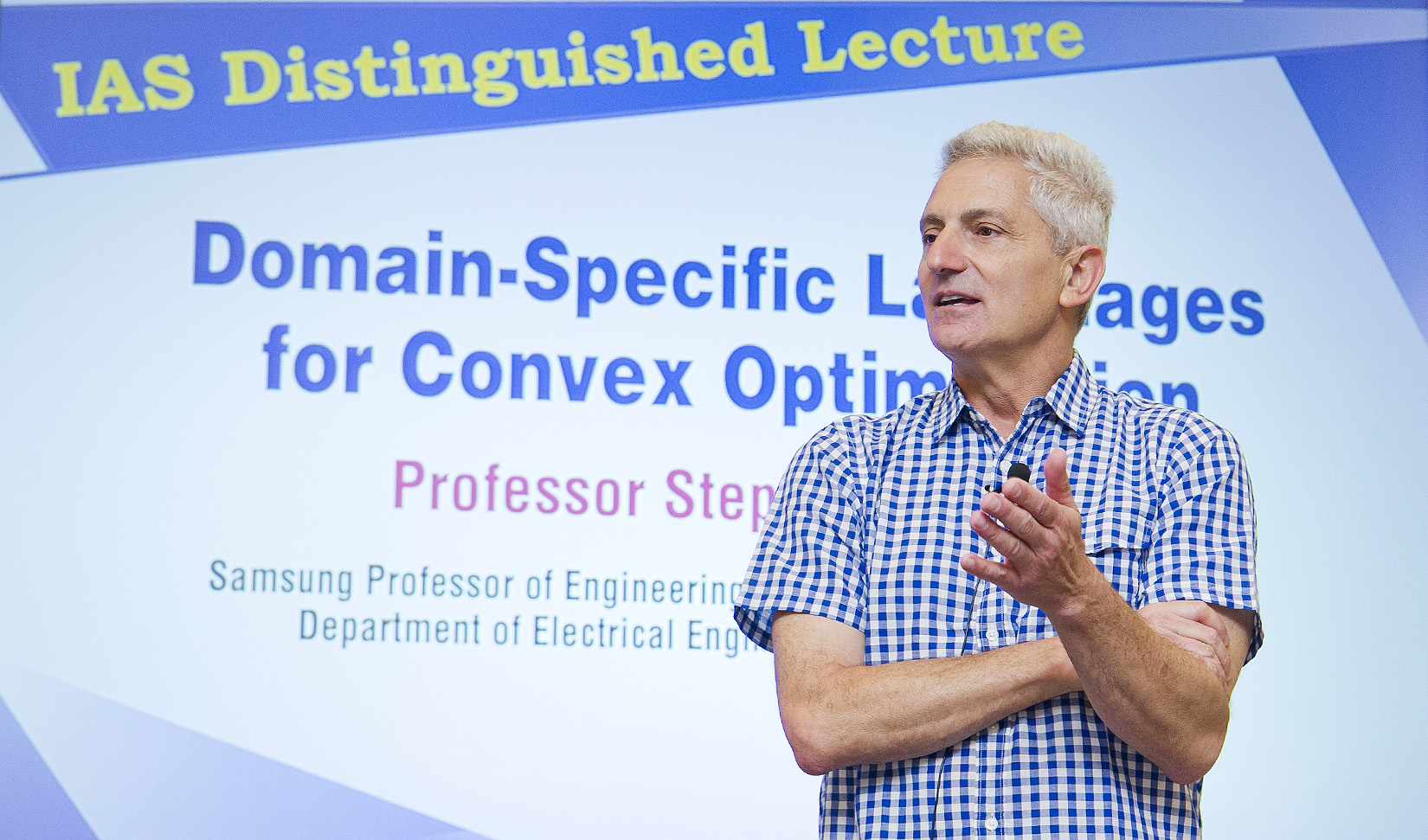 Domain-specific languages for convex optimisation are widely used in research projects and industry applications, said Professor Stephen P. Boyd at a distinguished lecture for the Institute for Advanced Study at City University of Hong Kong (CityU) on 12 September.

At the lecture, titled “Domain- Specific Languages for Convex Optimisation”, Professor Boyd, Samsung Professor of Engineering in the Information Systems Laboratory of the Electrical Engineering Department at Stanford University, said specialised languages for describing convex optimisation problems and associated parsers that automatically transform them to canonical form, had greatly increased the use of convex optimisation in applications.

Professor Boyd’s research interests include convex programming applications in control, machine learning, signal processing, finance, and circuit design. He is a fellow of the Institute of Electrical and Electronics Engineers and a member of the National Academy of Engineering.