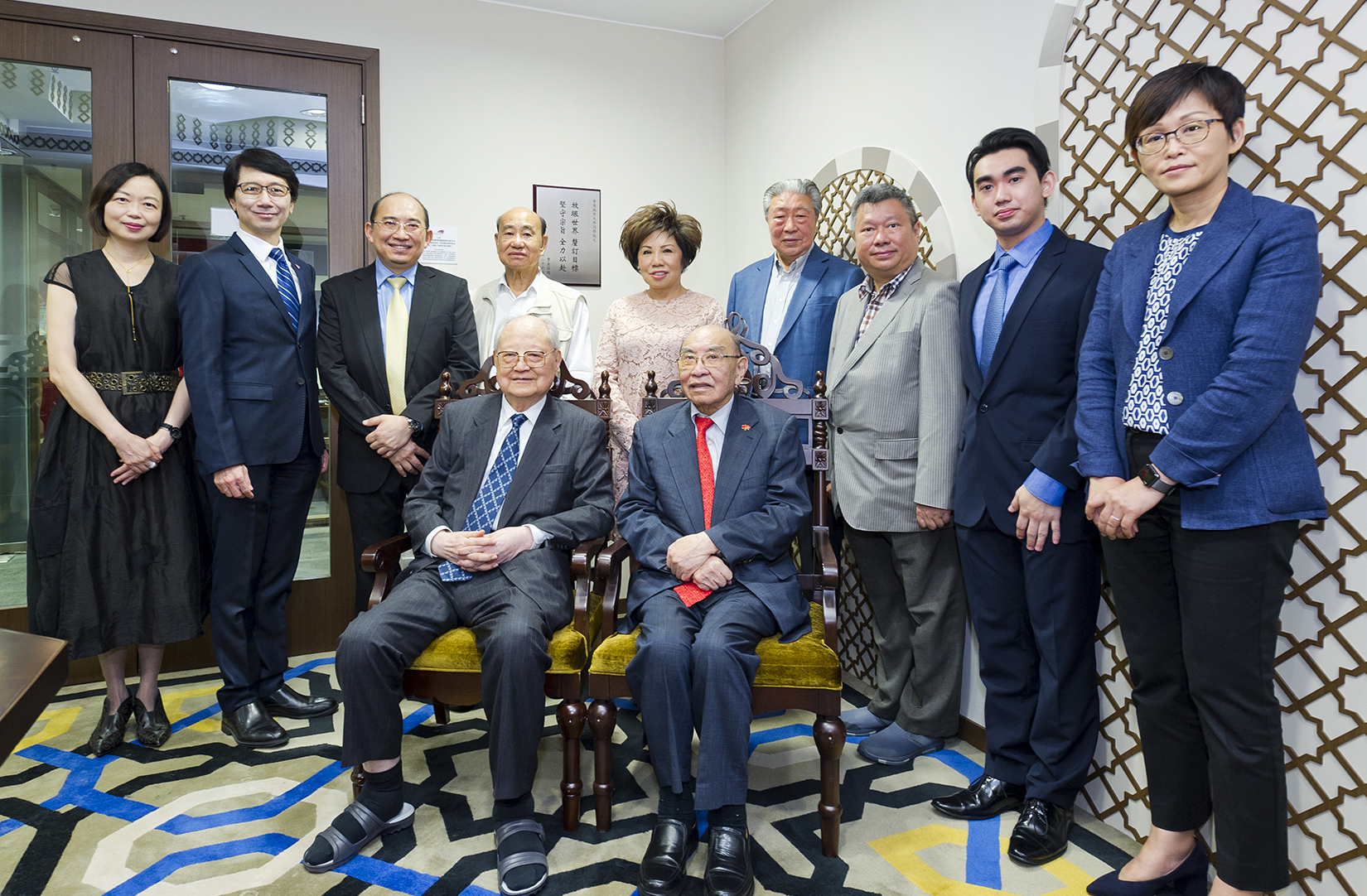 In appreciation of the generous support of Mr Chao King-lin (right, front row) to the University, the Persian Room in the Run Run Shaw Library of CityU has been named the “Mrs Chao King Lin Study Room”.

The Persian Room in the Run Run Shaw Library of City University of Hong Kong (CityU) has been named the “Mrs Chao King Lin Study Room” in appreciation of the generous support of Mr Chao King-lin, JP to the University.

Mr Chao established Lee Kee Manufacturing Limited in the early 1970s. The company was one of the major manufacturers and exporters of enamel ware and household goods to the Middle East and other countries. Over the past years, Mr Chao has made generous donations for the betterment of the community. Mr Chao’s donation to CityU will be used in support of the University’s strategic initiatives and student scholarships. 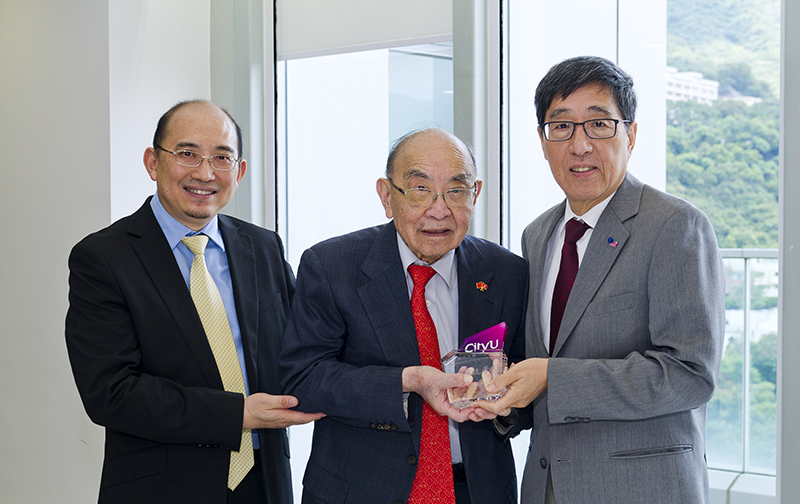 In his welcome speech, Professor Kuo acknowledged Mr Chao’s generous support to CityU and appreciated Mr Chao’s diligence and persistence. Mr Chao had come to Hong Kong when he was a teenager. He dedicated himself to developing his business and eventually became a successful entrepreneur. Professor Kuo said he hoped that CityU students would be inspired by Mr Chao’s story.

Mr Peter Chao Kwok-chun, on behalf of his father, delivered a speech during the ceremony. He explained that Mr Chao had appreciated CityU’s strategic development at a donation ceremony in 2015 and consequently he was pleased to render support to this energetic and uprising university.

The “Mrs Chao King Lin Study Room” is one of the student study rooms in the library. Mr Chao’s motto “have global vision and be persistent in pursuit of dreams” is inscribed in the room to encourage CityU students to adopt a global perspective and contribute to society in the future.