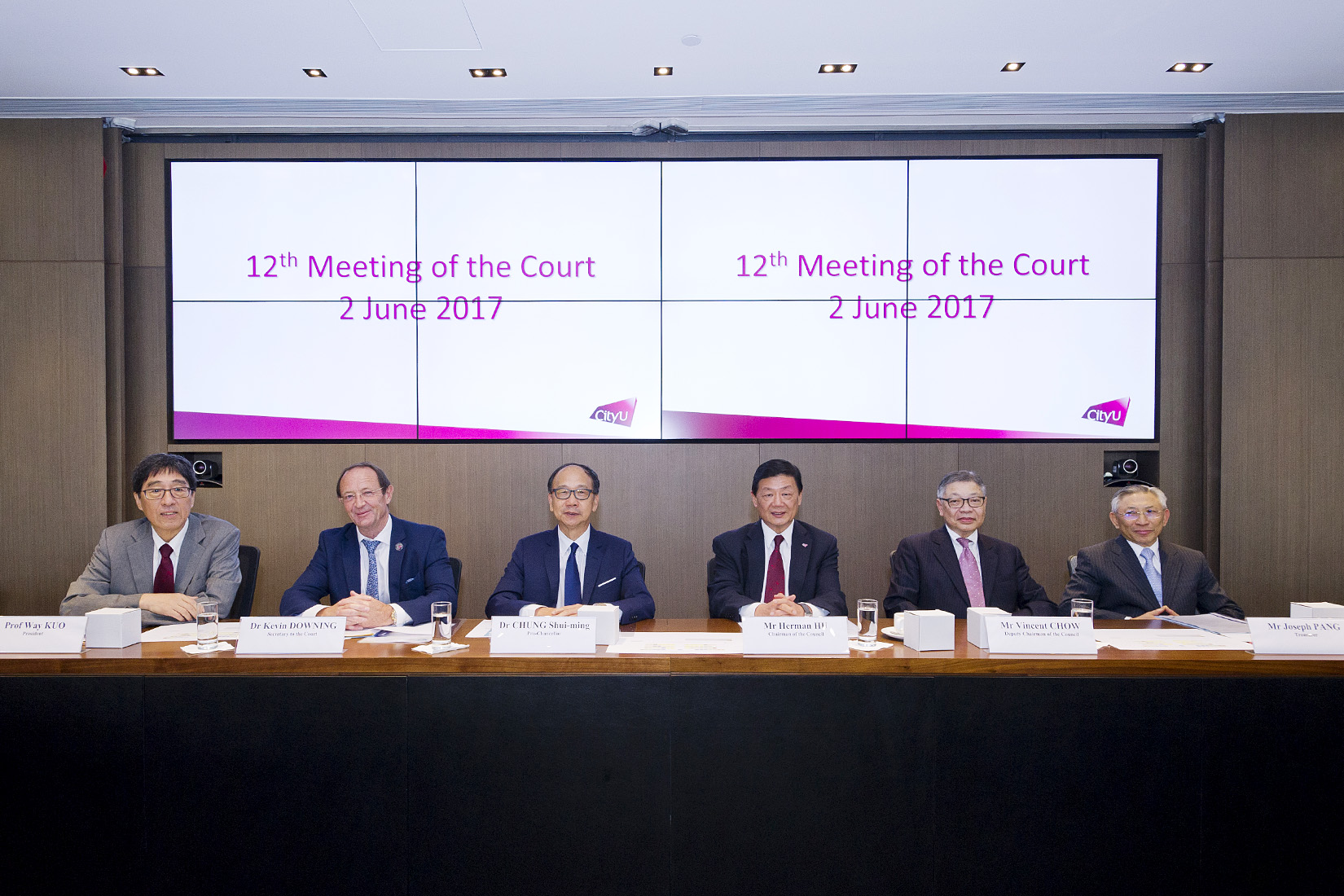 The 12th Meeting of the Court
The Court of City U​niversity of Hong Kong (CityU) was briefed on the latest developments and key initiatives of the University at its 12th meeting on 2 June.

Dr Chung Shui-ming, the Pro-Chancellor, began his talk by welcoming the external members of the Court who were newly appointed or re-appointed in 2017, and said he was pleased to see very positive results in all CityU’s operations.

“The recognition that our faculty has been attracting is well deserved, and their breakthroughs are very exciting. Recently, we have seen a number of our faculty win top-class international awards for their excellent research,” Dr Chung commented.
He also praised the quality of the content at the latest Discovery Festival and other strategic decisions for raising the quality of teaching and research at CityU.
​ 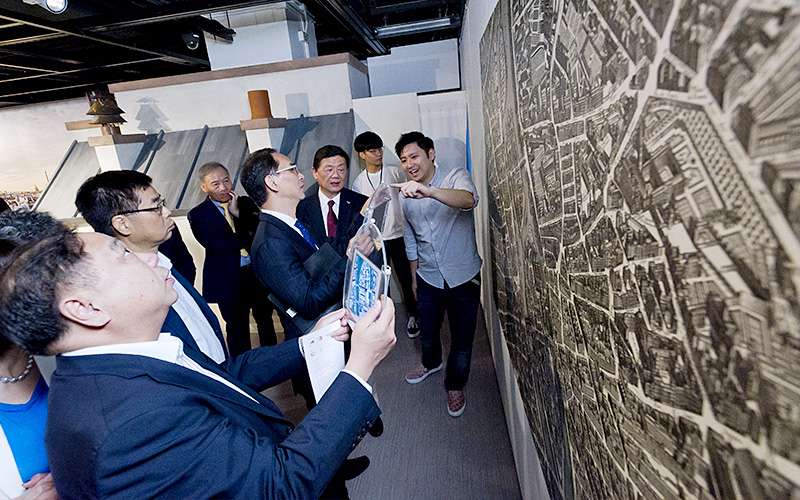 Court members toured “The Roofs of Paris” exhibition before the Court meeting.
The Council Chairman, Mr Herman Hu Shao-ming, gave a report on a number of major University issues considered by the Council, including the re-development of the sports centre, human resources matters, and governance. He also reported on the major accomplishments of the University.
“CityU puts problem-driven research high on its agenda, benefiting society locally, regionally and internationally,” Mr Hu said. “The opening of the CityU Chengdu Research Institute last month is yet another major milestone in CityU’s mission to pursue this research agenda.”
Mr Hu touched on the excellent performance of CityU’s faculty, students and alumni, citing innovative research projects led by CityU and award-winning students and graduates as examples.
“I believe you will witness even more student achievements when the first batch of professional vets graduate from our School of Veterinary Medicine,” Mr Hu added. “The initial class for the Bachelor of Veterinary Medicine programme will be admitted in September this year."
In his report, Professor Way Kuo, the University President, talked about CityU’s new developments in branding, professional education and outreach activities.
​​​ 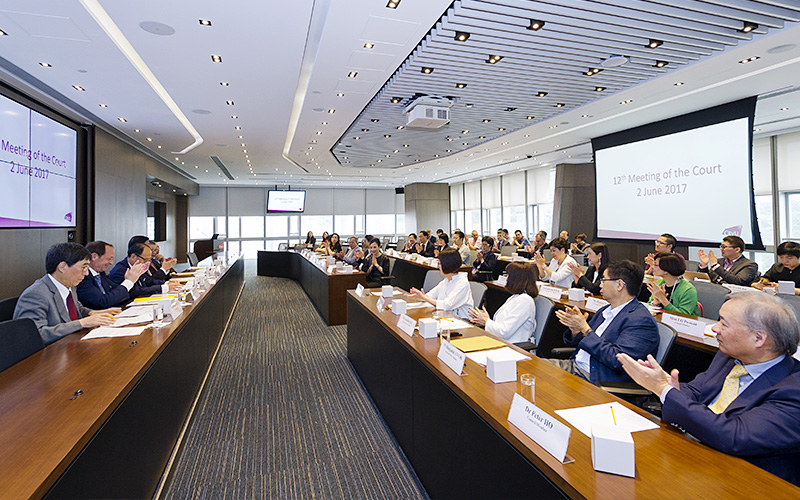 Court members were briefed on CityU’s developments.
On the issue of branding, he said CityU plans to establish a Visitor Centre with a souvenir shop; and added that the Brazil bougainvillea, a tough and highly resilient flower, was chosen as the University’s Floral Emblem, as it perfectly encapsulates CityU’s character.
Professor Kuo told the Court members about several recent developments in professional education, such as an MOU signed by CityU, Ocean Park Hong Kong, and the China Conservation and Research Centre for the Giant Panda with the aim of facilitating exchanges between faculty and researchers and collaboration in research and training.
Finally, he reported on a number of outreach activities, including the setting up of the CityU Industrial and Business Leaders Circle to strengthen communication between industry, business leaders and CityU, and the CoolThink@JC programme funded by The Hong Kong Jockey Club Charities Trust to promote computational thinking in primary schools.
​
​​
​​​